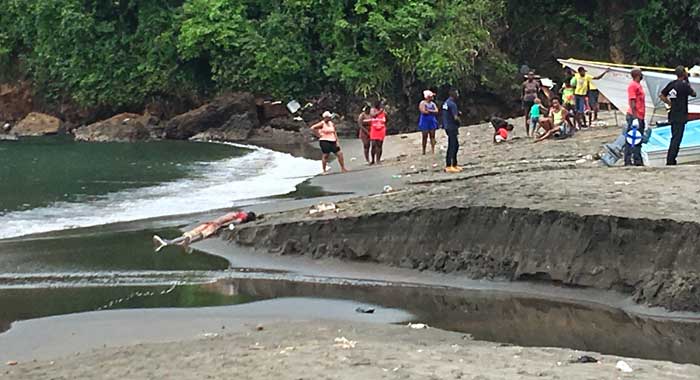 Police have released the man they took into custody after Saturday’s death of an Ottley Hall man on the beach in Rose Place, Kingstown.

Andrew Knights, a 49-year-old fisherman, who is in custody assisting with the investigation in the death of Maxwell “Bad Money” Nash, was released Monday night, pending further investigation.

Acting Commissioner of Police Colin John said on Monday that Nash, 40, originally of Chateaubelair, died on the beach in Kingstown, reportedly after an altercation with Knights.

John, in a written statement to the media, said: “On Saturday, August 18, 2018, officers attached to the Criminal Investigations Department (CID) and the Major Crimes Unit (MCU) responded to a call that there was a man lying on the beach in Rose Place who appeared to be dead.

“On arrival on the scene, the police met a man who was later identified as Maxwell “Bad Money” Nash, 40-year-old fisherman of Chateaubelair, lying on the said beach with multiple stab wounds about his body”

A post mortem examination was conducted on Nash’s body at 2 p.m. on Monday.

A source told iWitness News on the weekend that Knights had reported to police that in early August he was at home sleeping when Nash cut through the burglar bars, broke through the window, and stabbed him with an object.

Knights started to run in the direction of the beach, but Nash pursued and caught up with him.

There was a scuffle, during which Nash reportedly tried to stab Knights with a knife.

At the end of the scuffle, Nash is said to have been left on the beach with stab wounds.

Knights is said to have sustained bruises as a result of the incident and was taken to the hospital for medical attention.