PM not willing to join with opposition to fight crime 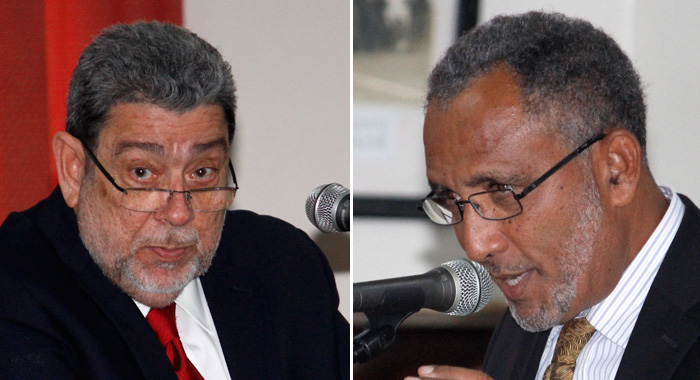 Prime Minister Ralph Gonsalves says he is not willing to join with the opposition to tackle the nation’s crime problem.

Gonsalves, who is also Minister of National Security, made his position clear on Boom FM on Monday, two days after the spouse of a Cabinet member was robbed outside their home.

The crime also took place on a day when Leader of the Opposition, Godwin Friday, led supporters of his New Democratic Party in a walk from Georgetown to Kingstown to highlight the issue of high crime and joblessness in St. Vincent and the Grenadines.

The previous week, he led a walk from Fitz Hughes to Kingstown.

In his radio comments on Monday, Gonsalves said:

“Lemme ask you this: An opposition which addresses crime in an opportunistic way, how could you have a commonality of discussion with that?” Gonsalves said.

“Once, I had a discussion with the former leader of the opposition [Arnhim Eustace] on a matter of national security between he, the former attorney general and myself and I explained to him the issue. I said, ‘This is a matter of national security. This is being given to you in confidence.’ I said, ‘I am not going to ask you to take the oath of secrecy.’ He said, ‘Fine’, and he accept that and everything. And he left that and went to the radio station and talk everything,” Gonsalves said of Eustace, who demitted office in November 2016, but did not call the East Kingstown parliamentary representative by name.

It was noted to Gonsalves that the country has a new opposition leader – Godwin Friday, Member of Parliament for the Northern Grenadines, who took up the post in November 2016.

“But the point is, I do not have the trust in the current leader of the opposition,” he said.

“… absolutely not!” the prime minister said.

“I don’t! I don’t! Because he is being opportunistic about is and he is suggesting, he is making statements which are plain wrong…  erroneous to the nth degree. So if persons like that want to politicise crime, in the same way you can’t politicise the worship of God. God does not recognise NDP or ULP. You think the criminal going about asking whether a person is NDP or ULP? There are some criminals who would rob from their mothers as a matter of choice, greed, wickedness in their mind. You know that too.”

Gonsalves was speaking two days after two masked men, armed with a knife and a gun, robbed Reisha Twana Browne-Caesar, 39, wife of Minister of Agriculture Saboto Caesar outside her house at 9 p.m.

Mrs Caesar was at the time holding their only child.

Eight persons are in custody in connection with the crime and a ninth is on the run, police say.

“… The question is this, in relation to crime, every society, every organised society since the dawn of civilisation, has a problem with crime; every single society.

“The question is this: whether the extent of criminal activity is tolerable within all reasonable bounds and what are the mechanisms you have in place to deal with it,” Gonsalves said.