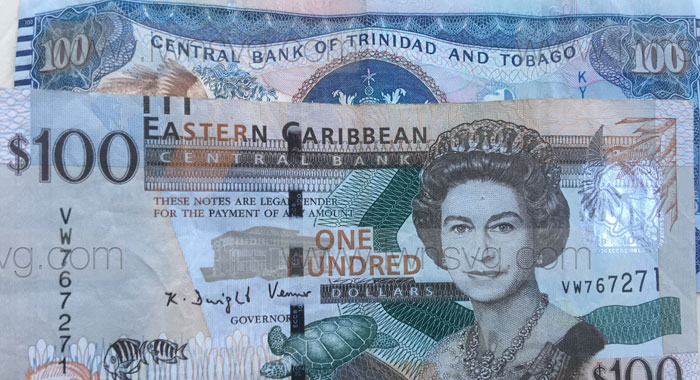 The Government of St. Vincent and the Grenadines has rescinded its policy requiring businesses to clear, with the Ministry of Finance, US-payment to firms in Trinidad and Tobago.

Minister of Finance Camillo Gonsalves announced, on Monday, the end of the policy which he implemented in February to press Port-of-Spain to address a currency challenge affecting Vincentian traders.

“And, sometimes that approval was denied and it created some challenges in the business community because the fact of the matter is, to be completely honest, there are businesses in Trinidad and Tobago that don’t want to trade in TT dollars because of the exchange rate and various other issues that I think most of us know.”

He said the policy was creating some inconvenience but his government had repeated meetings with the Chamber of Industry and Commerce and individual businesses, asking them to “hold strain”.

“… because this action was getting the attention of Central Bank of Trinidad and Tobago.”

He said that the Eastern Caribbean Central Bank had a meeting on July 27 in Grenada and they released a communiqué.

“And hidden in the communiqué was this sentence: ‘Council noted the recent dialogue between the Eastern Caribbean Central Bank and the Central Bank of Trinidad and Tobago exploring various options to address issues related to the difficulties with payment settlement for traders selling agricultural produce in Trinidad and Tobago.’

The minister aid every “i” is not dotted and every “t” is not crossed.

“But having spoken to the governor of the [Eastern Caribbean] Central Bank, Timothy Antoine, and having regard to how much the businesses in St. Vincent and the Grenadines have held strain in this inconvenience, I have signed the appropriate document to rescind the exchange control act conditions on trading with Trinidad and Tobago.”

The finance minster thanked all of the businesses in SVG “for their patriotism”, saying that, in some instances, it cost them 7 per cent more to issue their bill in TT dollars.

“… and they could have passed those costs on to Vincentian consumers. And because of their cooperation, they did not; they ate that price difference, that currency exchange difference.

“It was a heroic act by many of the businesses here in St. Vincent and the Grenadines,” he said and thanked the affected firms, singling out Massy Stores, Facey Trading, and General Hardware “for the very strong work that they did in that regard.

“I want to thank them and all other businesses for their patriotism in that regard and I want to say to the traders and to the traffickers, I want to say we anticipate a good resolution of this matter in a matter of days. And when it is all completed, I will explain the nature of that resolution to the public.”

Asked how he would respond to a comment that he had acted too early in rescinding the policy in light of the fact that a resolution has not been reached, Gonsalves said:

“In my conversations with the Eastern Caribbean Central Bank, Governor Antoine has assured me that the resolution is imminent.”

He further said the previous system where the Bank of St. Vincent and the Grenadines was buying a certain amount of TT dollars and essentially cashing it out for the vendors, has sufficient cushion “to take us through the period of transition.”

He said that as the month was ending and his ministry knew that a lot of businesses would be making purchases, they wanted to relieve them of that particular stress “instead of doing it two weeks later when they have already made the bulk of their purchases for the upcoming month.

“So, it’s a judgment call but based on the assurances that we received from the central bank, we thought it would be safe to make the decision at this time and it certainly worked, in as much as it got the attention of the Trinidad and Tobago Central Bank and the Eastern Caribbean Central Bank and we wanted to end it as quickly as possible and we think that this is a judicious time to do it,” Gonsalves said.