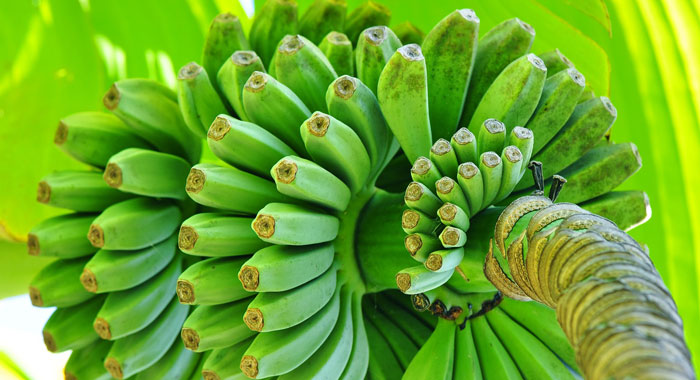 The impact of Tropical Storm Kirk on banana cultivation in St. Lucia is creating more opportunities for Vincentian bananas on the regional market, Minister of Agriculture Saboto Caesar told Parliament on Thursday.

Caesar said he has noted on several occasions that the main focus of Vincentian traders is to explore fully the regional market and to secure greater market share in the region.

“We never closed the door on the UK market and this is clear from our continued support in actively engaging farmers and farmers organisations in pursuing the certification necessary for extra-regional trade in bananas. And we will continue to assist,” he said in response to a question tabled by Member of Parliament for East Kingstown, an opposition lawmaker.

Eustace wanted to know if shipments of bananas from St. Vincent and the Grenadines to the United Kingdom would resume at the end of 2018 and about the projected exports for January to June 2019.

The minister said that in the aftermath of Tropical Storm Kirk in St. Lucia, that country has seen an approximately 40 per cent reduction in the export of bananas to the region.

He said that St. Vincent and the Grenadines has contacted Winfresh to assess the situation of supply and demand from the Windward Islands and the issue of emerging opportunities for SVG.

“We are awaiting a response,” he said, adding that at the same time, the reduction in St. Lucia’s ability to supply the regional market because of the cyclone has opened another opportunity for SVG to increase its export to the regional market.

“In fact, farmers have noted that traders who trade on the Barbados market for bananas, since tropical Storm Kirk in St. Lucia that they are seeing greater take up in that market,” the agriculture minister told lawmakers.

One reply on “Storm impact on St. Lucia creates opportunity for Vincy bananas”