Even more charges against accused abductor 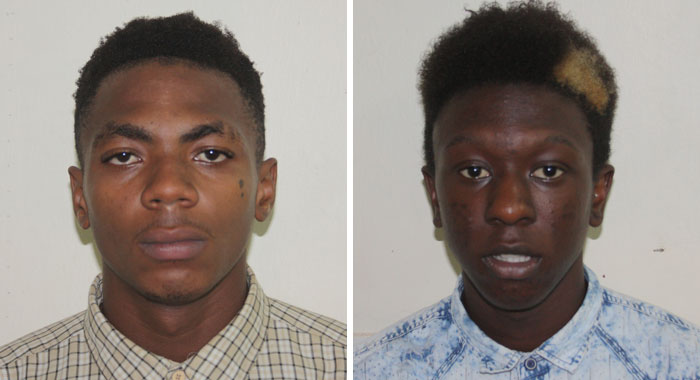 Even more charges have been brought against Dale Hooper and Ozem Oliver, the two 16-year-old youths charged in connection with the August 2018 abduction of four women in Villa.

On Friday, police charged Hooper and Oliver — a student– along with fellow Glen residents Adolphus Lynch, a 21-year-old labourer, and Kemarl Richardson, 21, a labourer, of Diamond, with burglary.

Police are alleging that about 4:30 p.m. on April 18, the four men entered the dwelling house of a 70-year-old retired businessman, of Ratho Mill, and stole a quantity of items value, EC$2394.

Police have also charged Hooper with the offence of robbery and threats in connection with a crime at Ratho Mill around 2 a.m. on the July 12, 2018.

Police are alleging that Hooper, armed with a gun, robbed a 25-year-old security guard of a half pack of Empire cigarettes, valued EC$2.50, one white LG cellular phone, value EC$700 and one leather wallet, value unknown, and at the time of doing so, put him in fear of being subjected to force by pointing the gun at him.

Hooper was also charged with threatening to discharge a loaded firearm at the virtual complainant.

Timothy Nickie, a 17-year-old labourer, of Glen, is also charged in connection with the abduction of the women.

5 replies on “Even more charges against accused abductor”