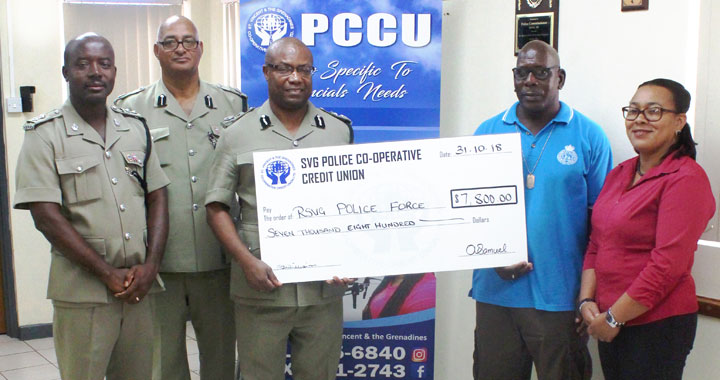 The Police Cooperative Credit Union Police Christmas Carolling Competition takes place Dec. 14 at 7 p.m. on the grounds of the Central Police Station, under the theme “Tis the Season of Myrrh And Merriment”.

Since 2003, the Police Christmas Carolling Contest has been playing an invaluable and instrumental role in fostering a more harmonious relationship between members of the constabulary and the general public, the Police Public Relations Department said.

The aims of the contest are to nurture the creative abilities of members of the force, to foster and enhance team spirit among members, to strengthen relations with the public, and, to assist in building a celebratory atmosphere during the festive season.

Over 15 choirs are expected to participate in this year’s competition, with the hope of dethroning the reigning champions, the Western Carollers.

The Police Cooperative Credit Union (PCCU) has once again partnered with the Royal St. Vincent and the Grenadines Police Force in sponsoring the carolling competition, the sixth year it is doing so.

On Wednesday, Michael Charles, treasurer to the board of directors of the PCCU handed over a sponsorship cheque in the sum of $7,800 to Commissioner of Police, Colin John to offset expenses for this year’s contest.

Charles, a retired police chief, stated that the PCCU board is committed to the sponsoring the carolling competition because it is one of the most tangible ways in which the credit union can give back to the police force, which is responsible for the birth of the credit union.

He said that in sponsoring the competition, the PCCU is fulfilling its corporate social responsibility to its members and the public as a whole.

Meanwhile, in expressing his gratitude for the sponsorship, John said the police carolling competition is now a household name throughout SVG and is highly anticipated by members of the public.

The commissioner stated that the police force values the commitment of the PCCU in sponsoring the competition over the years and gave the assurance that the monies will be well spent.

One reply on “Police Carolling slated for Dec. 14”