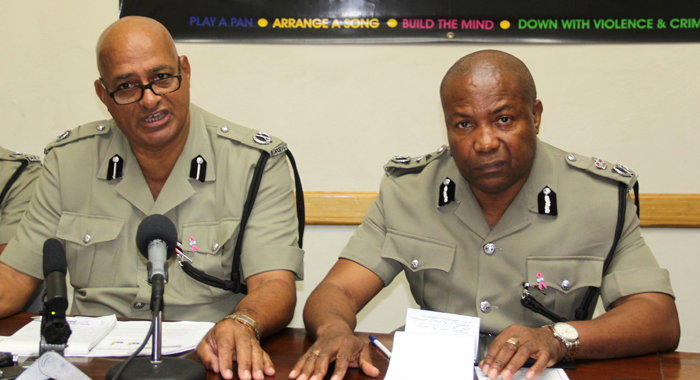 On the issue of a sex offenders registry in St. Vincent and the Grenadines, the Police Force believes that it must balance the public’s right to know and the offender’s human rights considerations.

“I think it can be a helpful tool but we have to balance the issue of privacy of persons with the issue of the registry,” acting Commissioner of Police Colin John said Wednesday at the launch of the Sexual Offences Unit of the Police Force.

“Because we know St. Vincent and the Grenadines where we are a small community and I have seen, from time to time, persons who were labelled as sexual predators came into some problems where they were unable to live in certain communities, persons resorted to vigilante justice, they were deprived for of the opportunity to rent a house because no one in the community wanted them in that community,” said John, a lawyer and former prosecutor.

“So we have to balance the right of the person to live and associate with giving information to the public to protect them or for them to be on guard as to persons with that type of behaviour being close to them.”

John was asked to comment on the issue in the context of a society where accused persons are often deemed and treated as guilty, even before they are tried.

Much of this attitude is fuelled by the media, which often exploits the emotions of the public.

John said members of the public should not take the law into their own hands.

“Allow the police to do their job. As much as the allegation may be of a heinous nature, a person is innocent until proven guilty; so allow the law to take its course. We are not living in the law of the jungle where everybody is a law unto themselves.”

Meanwhile, Assistant Commissioner of Police with responsibility for Crime, Richard Browne said that the police force will develop a database for its internal use.

“Until such time as the powers that be deem it fit to have such a registry, we will have to keep it within our own sphere,” he said at the event.