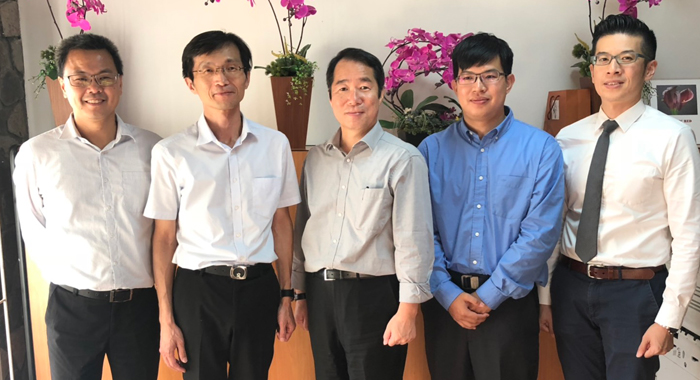 On Friday, the Ministry of Finance, Economic Planning, Sustainable Development and Information Technology and the Embassy of the Republic of China (Taiwan) officially launched the E-document and E-archiving System, which was installed in seven ministries and agencies of the Government of St. Vincent and the Grenadines.

The main goal of the system is to greatly improve the efficiency of processing information among the said ministries and agencies of SVG government.

Moreover, by integrating the Public Key Infrastructure (PKI) to the abovementioned system, the system itself could be secured.

David Fu, project manager of EDRMS, said the EDRMS has been smoothly completed.

The system was handed over to the government of SVG at the ceremony in Kingstown on Friday, after two-year of joint efforts between the two governments.

Fu added four Taiwanese ICT experts came to Kingstown to facilitate the completion, testing, training and final examination of the whole System ahead of the handing over.

The launch of the E-document and E-archiving System in the government of SVG marks a new chapter of the mutual cooperation between SVG and Taiwan, the Taiwan embassy said.

The well-trained and excellent staff members of the seven related governmental agencies will be responsible for the future maintenance and operation of the system, Fu said.

Fu said deeply appreciated the support and assistance of the government of St. Vincent and the Grenadines in the past two years.

He said he is convinced that the project of EDRMS will benefit all Vincentian people due to the better and efficient service could be provided by the government of SVG with the launch the E-document and E-archiving System within the government.