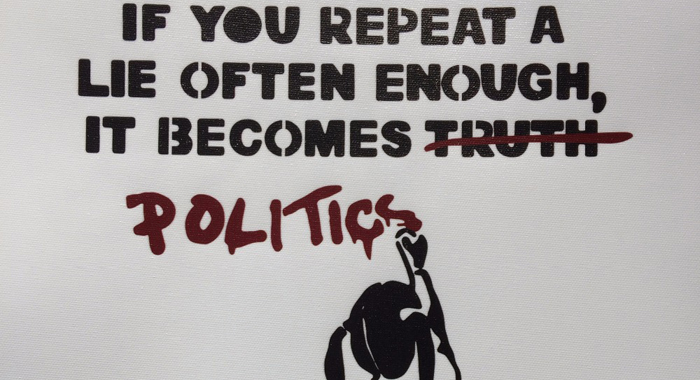 The NDP’s explanation of crime in SVG is false.

In the previous crime essay, I raised the issue of whether the murder rate in St. Vincent and the Grenadines (SVG) is globally high or low by comparing it to the murder rate in the United States of America. Such comparisons are important because if it turns out that we have a low global murder rate, trying to further reduce it may be futile. Conversely, if our murder rate is comparatively high, especially measured against similar countries, this would demand serious attention.

The same observations apply to other Vincentian crime rates.

But comparing a big and rich country like America to a minuscule and comparatively poor country like SVG is like comparing an elephant to ant: the huge number of differences between the two so overwhelm any similarities that their controlled examination and explanation is nearly impossible. It is far easier and scientifically defensible to compare objects, events, or places that have much in common so that the differences can be more readily enumerated and evaluated.

The data in Table 1 contains an enumeration of various crimes rates averaged over a five-year period in seven English-speaking Commonwealth Caribbean countries containing under 300,000 people and sharing a long history of plantation slavery based on the production of sugarcane and its byproducts. Each of these countries also shares a preoccupation with developing tourism, their single largest private-sector employer of labour and capital.

As was true for Table 1 in the previous crime essay, the data in this table need to be carefully qualified and interpreted:

With these considerations in mind, the data in Table 1 do not suggest that crime rates in SVG are extreme or unrepresentative. Even the comparatively high Vincentian murder rate in Table 1 was still 56 per cent lower than the rate for St. Kitts and Nevis, a country more than twice as rich and with an unemployment rate nearly fourfold lower.

While readers are invited to draw their own conclusions about the figures in Table 1, it is clear that: (1) the country with the most crime – Grenada – had the lowest murder rate; (2) the richest country – St. Kitts and Nevis – had the highest murder rate; (3) the country with the most robberies – Antigua and Barbuda – had the lowest burglary and total crime rates; (4) the countries with the highest unemployment rates – Grenada and St. Lucia – had the highest and second lowest overall crime rates, respectively; and (5) SVG was the second-most crime-ridden country next to St. Kitts and Nevis.

The discrepancy between these two listings is because of the high quantitative variation in the components of crime among the seven countries such that there was no good relation between the rankings of different types of crime within and between countries. All of this is more evidence that explaining the rate of various crimes even within a single country is a very difficult undertaking.

It is also more evidence that simplistically explaining the complex crime issue on economic grounds alone, including linking it directly to unemployment, as the opposition New Democratic Party has repeatedly done over the years, is baseless which is why as far back as 2011 Hans King, Press Secretary to the Prime Minister of SVG, had to rightly rebuke the party for linking the murder rate to the country’s economic performance.

This is the fourth in a series of essays on crime and the economy in SVG. Find the rest here.