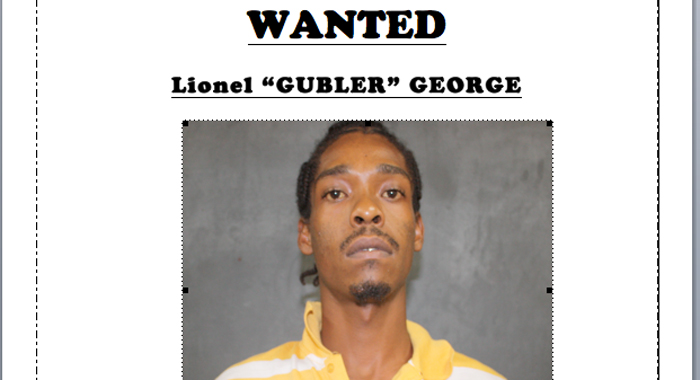 Rockies man Lionel “Gubler” George, 25, is wanted by police in connection with a murder investigation, police said on Thursday.

In a wanted person bulletin sent to the media, police said George is a Vincentian national who is to be approached with caution.

“He is considered armed and dangerous,” the bulletin said.

Sources say that George is wanted in connection with the murder of Sabitree Lyttle, 56, of Hollywood, Redemption Sharpes, who was shot and killed at her home around 2 p.m. Wednesday.

One other person, Jerroy “Jay-Jay” Phillips, 22, of Redemption Sharpes, for whom police issued a wanted person bulletin on Wednesday, was taken into custody Thursday morning.

Police say that George, a labourer, is six feet tall, of slim build, and is fair in complexion.

He has a round face, brown eyes, and thick lips.

Police say that he has “tattoo”, but offered no further details in this regard.

One reply on “Rockies man wanted for murder”