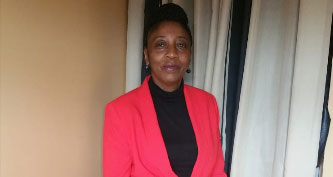 A New York-based Vincentian woman is wondering how her court documents disappeared over the weekend between when she was informed of a court hearing and the Monday when the hearing should have taken place.
Carol Simmons, 60, told iWitness News on Monday that the development has cost her money and has caused both inconvenience and emotional distress.

“I am not even myself since all this went on,” she said.

The woman said she has a court matter regarding someone applying for a possessory title for lands that she owns.

She said that the matter, which has been pending for almost a decade, came up in September, but her lawyer asked for an adjournment as she (Simmons) was unable to travel to Kingstown because of the short notice.

On Nov. 9, Simmons’ Kingstown-based lawyer told her that the court had informed of a hearing the following Monday, Nov. 11th.

She told iWitness News that although the notice was short, she booked a flight and arrived in Kingstown on Nov. 10.

Simmons went to her lawyer’s office on Nov. 11.

During the visit, the lawyer received a call, then told her client that there was bad news: the court officer had called to say that they could not locate the file.

Simmons said that she was so disappointed that she started to cry.

She said that she was able to verify that the court matter was indeed scheduled for hearing that day because her lawyer had shown her the documents.

Further, another lawyer who was initially acting for Simmons in the case had also called saying that they had been informed of the hearing on Nov. 11.

“My complaint is about the system here, what is going on with the system, which is that I am living so far [away], they know I am not living here and they would inform me on the Friday for a case on the Monday. I travelled so far to come here and hear the file cannot be found,” Simmons told iWitness News.

She said her lawyer has since told her that she can swear to an affidavit to be used in the court hearing, thereby eliminating the need to return to SVG for the next court date.