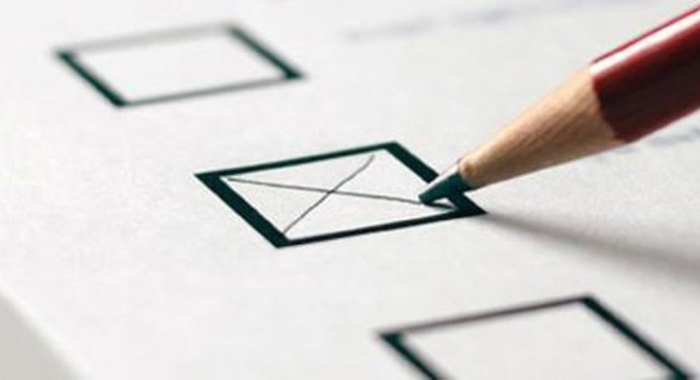 [T]hey know in their hearts and in their consciences that history is going to damn them [those who voted “no” in the 2009 St. Vincent and the Grenadines (SVG) constitutional referendum] and that history is going to be generous to those of us who have sought to hold aloft the noble banner of all the principles and ideas enshrined in the new constitution” (Ralph Gonsalves, Prime Minister, SVG, December 2, 2009).

The “damned” rose again from the dustbin of history in Antigua and Barbuda and Grenada on Nov. 6, 2018 on the issue of replacing the Judicial Committee of the Privy Council (JCPC) with the Caribbean Court of Justice (CCJ) as the final appellate court in these two CARICOM countries.

And once again a torrent of damnation, hand wringing, and recrimination ensued on the same tired four issues: (1) the backwardness and ignorance of a “damned” electorate; (2) poor promotion by CCJ supporters; (3) lies and distortion by opponents of change; and (4) what Camillo Gonsalves, the Minister of Finance in SVG, has called “the ridiculously-high 67% threshold necessary to amend that provision of the Constitution” in the two countries’ constitutions.

This last assertion is the most ridiculous. Constitutions, whether homegrown or not, are deliberately written to make change difficult so as to prevent their impulsive or authoritarian subversion – as has been contemplated twice now in SVG, as shown below. As well, the governments of Antigua and Barbuda, Grenada, SVG and other CARICOM countries freely negotiated and democratically voted to accept the provisions and amending formulae therein.

Likewise, none of the “yes” supporters have acknowledged the stated rationale of those who voted “no” or refused to vote (the majority): “Not only must justice be done; it must also be seen to be done.”

Regardless of this and competing explanations of resistance to change, Sir Ronald Sanders, Antigua and Barbuda’s High Commissioner to the United States, has opined that the eventual outcome of voting “no” will be that:

“Now it looks like the eight sovereign states of the Caribbean — and their ‘independent’ peoples — will have to wait for the British Privy Council to tell them to go (something that has already been forewarned by Privy Councillors). And what an ignominious way that will be to scurry to the CCJ.”

Sir Ronald may be correct, but this does not give him leave to emphasise the word “independent” — in the same way self-proclaimed Vincentian community activist Renwick Rose disparagingly marks the name of “the Queen” with similar quotation marks — in a silly attempt to highlight the issue of the alleged backwardness and ignorance of those so imbued with a colonial mentality that they are still begging to be ruled by the law lords of Her Majesty’s Privy Council.

How could such a sentiment have any currency except among those so insecure about their own status that they feel moved to falsely imply that abandonment of the Privy Council would ever make the eight holdout CARICOM countries any less dependent than they now are on charity from foreign countries, organisations and individuals, unsavory alliances with regional and international pariah regimes and outlaws, and the shameful sale of their very birthright — citizenship — slave-auction style, to the highest bidder for a few pieces of silver?

The monotonous “yes” side “down with colonialism” rallying cry rings hollow because CCJ membership or not, we have long seen the de facto neo-colonization of CARICOM countries by regional and international hegemons like Cuba, Venezuela, and China on the one hand, and failed promises by local elites of self-sufficiency and prosperity following “independence” from Great Britain, on the other.

No wonder that in a 2011 opinion poll in Jamaica on its 50th anniversary of independence, a whopping 60 per cent of people stated they would be better off as a Crown Colony. Only 17 per cent said their crime-ridden, poverty-stricken nation would be worse off were it still under British rule.

Regardless of CCJ membership, SVG is still a dependent colonial society in everything but name; the British overlords have merely been replaced by patrons as numerous and diverse as they are dubious and dodgy. The emperor has no clothes.

More importantly, Sir Ronald ignores the potential future lobbying efforts of those on his side of the debate eager to subvert the will of the people as expressed in these referenda, namely likely attempts by countries like SVG to beg the Crown to throw their very own “damned” people under the bus of resistance to constitutional change, a contemptible and subversive process if there ever was one.

This effort is being championed by the father and son tag-team of Prime Minister Ralph Gonsalves and Camillo Gonsalves, his presumptive heir.

Having lost the 2009 referendum portion of his attempt to totally revamp the constitution, and contemptuous of the high referendum requirement, the Prime Minister revealed in a keynote address at a Sept. 11, 2014 conference in Jamaica that:

“… he never realistically expected that his government would succeed in achieving a two-thirds majority in the referendum. Nevertheless, he pressed ahead with the referendum, hoping that it would be possible to secure a simple majority vote. This, he believed, would have provided him with a sufficient democratic mandate to invoke the constituent power by inviting the British Government to amend St Vincent’s Independence Constitution in the same way that it had been created, that is, by an Order-in-Council of her Majesty” (Derek O’Brien, “Formal Amendment Rules and Constitutional Endurance: The Strange case of the Commonwealth Caribbean,” The Foundations and Traditions of Constitutional Amendment, Richard Albert et al, editors, Hart Publishing, Oxford, 2017, p. 307).

There was no referendum approving the 1979 constitution, or the constitutions of the other associate states, for the simple reason that the British government, eager to rid itself of its Caribbean financial and political liabilities — the “White Man’s Burden” topsy-turvy — clearly recognised that even 50 per cent public support would be unattainable, as the 2011 Jamaican poll suggests.

Following the losses in Antigua and Barbuda and Grenada on Nov. 6, Camillo Gonsalves, impatient for the British Privy Council to show us the door is urging acceptance of the same demeaning, undemocratic, and underhanded policy of his father by arguing that:

“Caribbean politicians and CCJ advocates — myself included — have been seduced by the romance of ‘the people’ breaking decisively with their former colonial masters and collectively deciding to throw off their remaining shackles and take up the mantle of self-determination….

“But the focus on the romance of revolution or the requirements of referenda ignores the most fruitful potential avenue for removal of the Privy Council – sustained political advocacy to the Government of the United Kingdom.

“In other words, the governments of the Caribbean should travel to UK, seek a meeting with Prime Minister Theresa May, and collectively request [read: “beg”] that the Privy Council stop hearing our appeals…. With the UK-assisted departure of the Privy Council, Caribbean states would be forced to select a new apex court. The CCJ would be the only game in town.”

This attempt, if successful, would only be step one in subverting the amending procedure. The second, aided by compliant and likeminded courts and CARICOM itself, would be the abrogation of the entire referendum requirement by whatever means necessary, while the third would be one-party rule.

Damn the people, damn the Constitution, and damn the likelihood that the majority of Vincentians would vote in any opinion poll that they would be better off today as a British Crown Colony, but long live the bloodless revolution!

Thank goodness the Caribbean people, tutored in the school of hard knocks where they have been fooled and manipulated time and again by politicians like this father and son, have been conscious enough to reject constitutional change.

Too bad they weren’t given the same choice to vote for the poisoned chalice called “independence.”

This is the fifth in a series of opinions about Caribbean constitutional reform, with special reference to the Caribbean Court of Justice. The others are listed here.

One reply on “Damn the people: Constitutional revolution Vincy-style”