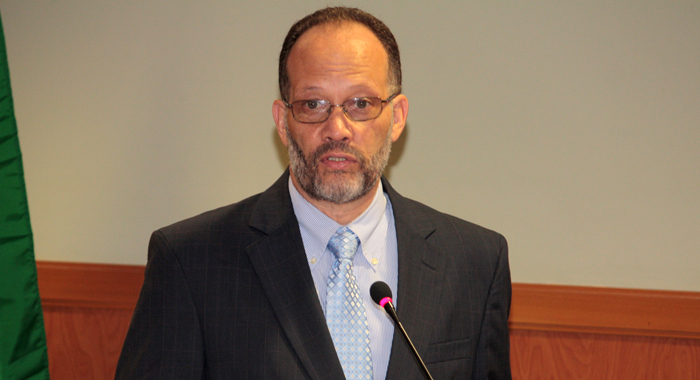 Chief Justice Janice Pereira delivered judgment on May 24, in respect of an opinion sought from the court on the issue by the Attorney General of St. Lucia, Phillip La Corbiniere.

The Attorney General asked the court to give an opinion on the proper and correct construction of provisions of the Constitution relating to the right of appeal to the Privy Council and giving effect to the Agreement Establishing the CCJ.

In her ruling the Chief Justice indicated that the Constitution clearly “contemplates and provides the freedom to St. Lucia to establish a court in common with other states or countries”.

She further said St. Lucia was empowered to enter into such an agreement on its own and the relevant Bill would not be subject to a referendum.

The Secretary-General said that in confirming the procedure to be followed by St. Lucia to replace the Privy Council with the CCJ as the final appellate court, the ECCA has set the course for the continuation of St. Lucia’s road to judicial independence as well as point the way for other countries with similar provisions in their constitutions.

LaRocque said this judgment was a seminal one in the progress towards more countries accepting the appellate jurisdiction of the CCJ.

The Secretary-General further pointed out that earlier this week Prime Minister of Dominica, Roosevelt Skerritt, in a media interview said that his country was proceeding to accept the appellate jurisdiction of the Court after having held national consultations on issue.

In the interview, Skerritt said that Dominica would send a letter to the British government next week seeking permission to recognise the CCJ as its final court.

“These are wonderful signs for our Community as we celebrate the 40th Anniversary of the signing of the Treaty of Chaguaramas,” Ambassador LaRocque said.

The stature of our Court internationally is high and its considered judgements have gained it great respect, he added.

The CCJ is recognised internationally, the Secretary-General pointed out, as being established with modern and progressive systems and technology, which facilitate its functions as it administers justice in relation to 12 Member countries of CARICOM in the Original Jurisdiction, and three countries in the Appellate Jurisdiction.

“The systems for financing and appointment of judges were a milestone in the development of our Community, and a symbol of CARICOM Governments’ commitment to judicial independence and excellence,” the Secretary-General added.

“I have every confidence that the CCJ is well equipped to meet the needs of St. Lucia and Dominica as they take these important milestone steps. The expansion of the Appellate Jurisdiction of the Court will only reinforce the sense of Community as it contributes to the development of true Caribbean jurisprudence,” he added.