SVG-registered firm hopes to cash in on medical ganja 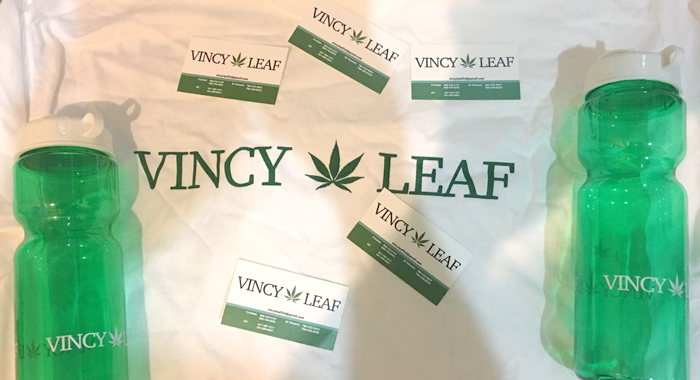 A firm registered in Kingstown is positioning itself to take advantage of what it says are opportunities in the medical marijuana industry to be established in St. Vincent and the Grenadines (SVG) soon.

The other directors of the company are Trinidadians Anthony Ramasar and his son, Nishad Ramasar.

Parliament will, also on Dec. 10, debate a bill that provides for the use of marijuana in religious worship at approved places by approved groups.

Lawmakers will also consider a bill granting amnesty for illegally grown marijuana, if the grower is able to get a licence to sell it to a licensed dealer in the medical marijuana industry.

In an interview on Tuesday, Marks, who is also a lawyer, told iWitness News that Vincy Leaf is “not in the business of getting people high.

“That is the first and foremost thing,” he said, pointing out that three pieces of legislation are before Parliament.

He said the company is looking for a manufacturing license to buy the marijuana from farmers in SVG and process it — in SVG — into distillates.

“Canada is where we have the market really,” Marks said, adding that the company has already established a link in that North American country.

He said that in the short term, where the amnesty bill is concerned, persons could benefit by selling that marijuana to a company like Vincy Leaf, once the farmer has a licence.

Another caveat is that the marijuana must be “of a standard.

“And, almost the lowest level in terms of when they analyse the product here, what you would call ‘bush weed’, you can yield a lot of oil from that.”

Marks said this is the information from Vincy Leaf.

“They have a lot of people behind them in terms of scientists, persons who have been involved in the production of cannabis oils for a really long time overseas and also they partnered with the Rastas here and people in Union Island.”

Marks does not share the view of some that SVG is too late to the starting line to compete in any meaningful way in the medical marijuana race.

“I don’t think so. I think we have a good five-year market. But, in terms of the medical cannabis, there is such a demand for that right now, for the distillates and the oils, that once you can buy them from farmers at a reasonable price, you process it here and you sell the distillates off to somebody who would get an importer’s license into Canada. And we have already partnered with people in Canada to import it. There is a great demand.”

Marks told iWitness News distillates from SVG would be attractive in Canada because of the price.

“It is so expensive for them to produce up there. It is much more expensive — the climate and so. They have to use greenhouses and they don’t get a product that will have the same sorts of yield that they would get in St. Vincent because of the soil, natural sunlight.”

There is much debate surrounding review of the nation’s marijuana laws with some arguing that possession of small quantities should be decriminalised for recreational use.

Some persons have further argued that the proposed laws are intended to benefit medical marijuana interests, even as they argue that foreign interests are best-positioned to exploit the opportunities.

Marks said he was not of the view that the medical marijuana bill will benefit foreign investors more than anyone else.

He reiterated that there are three different bills.

“The easy part of it, the low hanging fruit, is the medicinal marijuana. They have farmers in the hills who have weed that when you process it, you distil it, you have a product that can be sold,” Marks told iWitness News.

“We are not in the business of pleasure — not pleasure for recreational [use], to get high, or pleasure in terms of getting closer to your god or your spirituality. The business that we are in is getting the marijuana and getting out components of it that do magnificent things.”

He said marijuana has been used in the treatment of Alzheimer’s disease, epilepsy, reducing the symptoms of HIV and AIDS, and treating cancer.

“It is amazing what it does. And there is an opioid epidemic that is hitting the [United] States where people are addicted [to some medications].

“You can make a medicine from what we have in the hills that can help to heal people and make money for the farmers and for everybody else involved in that.

“I don’t know what is wrong with that. They are throwing away the baby with the bathwater to try to say that because I can’t smoke a spliff (marijuana cigarette) on the road that people should be denied access to medicine.”

Marks, a former senator for the ruling Unity Labour Party administration, said there is too much politics involved in the process.

“As with everything in St. Vincent. Everything is just pure politics and you have a logical idea that makes sense and they just come and muddy it with politics.”

Marks, in his capacity as a stakeholder in the medical marijuana industry, was invited to the last meeting of the select committee of Parliament that is reviewing the bill.

“I am a supporter of them but I know the difficulties that would be in terms of passing the religious aspect of it and passing the recreational aspect, specifically,” Marks told iWitness News.

A simple majority will be needed to make the bill law and the government has such a majority.

However, Marks said he would “prefer if it passes with everybody being happy about it being passed and not making politics out of it.

“But I can’t see any logical reason for not going through with the medical cannabis aspect of it.”