Man accuses girlfriend of sex in PS’ office, punches her in face 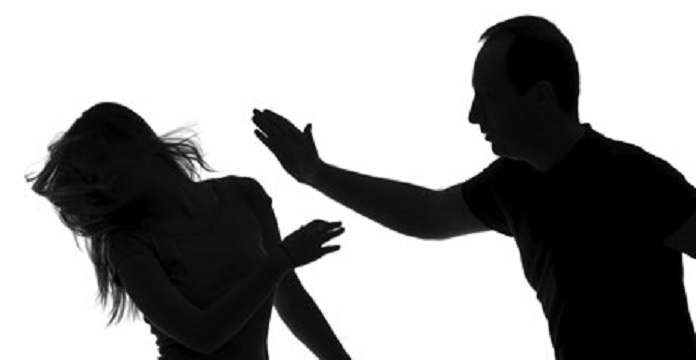 A man from south-western St. Vincent, on Friday, searched his girlfriend’s underwear as he accused her of having had sex in the office of the Permanent Secretary in the Ministry of Agriculture while he waited for her outside.

He then proceeded to punch her repeatedly in the face, occasioning actual bodily harm, a charge for which he pleaded guilty at the Kingstown Magistrate’s Court on Monday.

iWitness News is withholding the names of the man and the woman, both of whom are in their 30s, so as to protect the identity of their children, all of whom are minors.

The court heard that the couple are in a common law relationship and the man is in the habit of accusing the woman of having sex with other men.

On Friday, the woman went to the office of the Permanent Secretary in the Ministry of Agriculture to seek employment.

The man was waiting outside while his girlfriend went into the office.

Subsequently, the woman left that office and as she and the defendant were walking towards Kingstown Park, the defendant went “deranged”, according to the facts presented to the court.

He examined his girlfriend’s underwear and accused her of having had sexual intercourse while at the office of the Permanent Secretary in the Ministry of Agriculture.

That resulted in an argument and the defendant got annoyed and boxed the woman more than once in the face.

The police were summoned and the man was arrested.

A social worker told the court that the man and the woman have three children together.

On Friday about 3:30 p.m., the Social Welfare Department received a call from the social worker at the Milton Cato Memorial Hospital (MCMH) indicating that the woman had presented herself at the hospital with a note with the social worker’s name on it.

On the back of the note was written, “Help, he is trying to kill me.”

The social worker told the court that officers were dispatched to MCMH where an assessment was done and emergency shelter provided for the woman and the children, pending the outcome of the court matter.

Social Services Department are looking out for the interest of the woman and her children, the social worker said.

She told the court that while at the hospital, the social worker also informed her that in September of this year, the couple’s 2-year-old child was brought to the hospital with a fractured arm.

When questioned about the injury, the man behaved aggressively and took the child from the hospital.

The matter was reported to the Child Protection Division.

By the time Senior Magistrate Rickie Burnett began to speak to defendant, he began to cry, making it difficult to understand most of what he was saying.

iWitness News was, however, able to hear the man say that the hospital had given him “ration” to take home for the child — a reference to supplementary food items that the state gives to parents of babies up to a certain age.

Burnett told the man that his last date of sitting this year is Dec. 20.

“You will be remanded until Dec. 20, when I will sentence you,” the magistrate told the sobbing man.

“Take him down please,” the magistrate said to the court orderlies.

By this time, the man was bawling loudly and as he returned to the prisoners’ area, his bawling got so loud that the magistrate ordered that he be removed from the courtroom.

7 replies on “Man accuses girlfriend of sex in PS’ office, punches her in face”