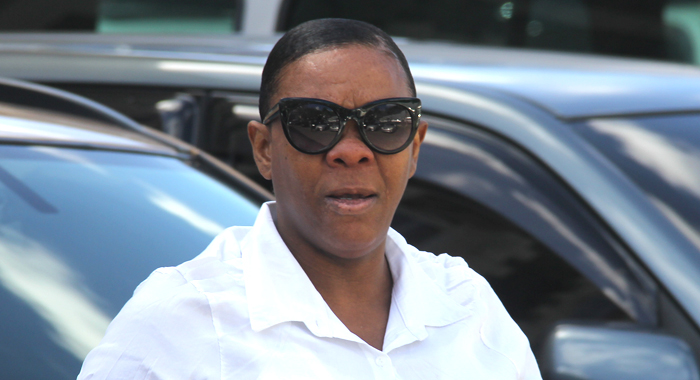 A 40-year-old woman was, on Friday, ordered to spend a further three years in jail for killing a man on Dec. 12, during an argument over crack cocaine.

Ava Charles, who has been addicted to the drug since she was 22, stabbedJasmond “Crab” Huskinson, a 62-year-old former teacher in the chest with a knife on Dec. 12, 2016, resulting in his death.

She used the weapon on Huskinson after failing to get him to release his chokehold on her friend, Lenisha Charles, according to the facts Crown counselKarim Nelson presented to the court.

The wounded Huskinson was taken to the Milton Cato Memorial Hospital, where he died.

The three-year jail term will bring to five years, the total length of her sentence, as Charles has been on remand since being charged.

Nelson told the court that Charles, and Lenisha, both crack cocaine users, were friends and lived together in the same building in Rose Place, Kingstown.

Huskinson, also a crack cocaine addict, occupied a room in the building where the two women lived.

The court heard that on Dec. 12, 2016, Huskinson and Lenisha got into an argument because she refused to share her drugs with him.

About 7 p.m. that day, Lenisha and Ava were in Lenisha’s room smoking crack cocaine together when Huskinson went to the room and began banging on the door.

Lenisha opened the door and she and Huskinson began to argue.

Huskinson attacked Lenisha and a scuffle ensued. As a result of the scuffle, the two moved from the door of Lenisha’s room to the balcony.

Huskinson held Lenisha by the throat and Ava tried unsuccessfully to get him to release Lenisha.

Ava then left and returned with a knife, which she used to stab Huskinson in the chest.

He was taken to the Milton Cato Memorial Hospital, where he died.

In mitigation, counsel Patina Knights noted that her client had pleaded guilty to manslaughter and asked that the full one-third discount for this be applied.

Charles a mother of three children, ages 4 to 28, had been living inLowmans Hill, where she was a farmer, but ended up on the street after her house was destroyed by fire.

She then moved into the tenement building in Rose Place, the lawyer said.

Knights noted that her client was acting in defence of another but did not trouble a court with a trial.

“It can certainly be said that Lenisha Charles is alive today as a result of the prisoner at the bar’s action,” Knights said.

The lawyer further asked the court to note that it was Huskinson who had gone to the room occupied by Lenisha.

She said that the mitigating factors are that Charles had pleaded guilty and had expressed remorse.

The lawyer said there was not a significant level of violence as Huskinson died of a single stab wound.

She further noted the particular circumstances surrounding the incident, pointing out to the court that Charles had made attempts to get Lenisha away from Huskinson before taking the course of action that led to Huskinson’sdeath.

“And also, at the time of the incident, she was under the influence of not only crack cocaine but also alcohol,” Knights said.

She said her client is not minded toward criminal conduct and has indicated willingness to undergo .

Knights told the court that her client used to attend the Seventh-day Adventist Church and has been baptized since being in custody.

“She has indicated a willingness to turn her life around and wants to be a productive member of society. She has indicated to me that if released, she would like to get a job and uplift herself and be an example to her daughter.”

In pronouncing sentence, Justice Brian Cottle said that with matters of this nature, the court starts with a notional sentence of 15 years imprisonment.

He, however, said that he also considered the fact that Charles had acted, at some level, in the of another, that there was a single wound, and that her had been impaired by alcohol and cocaine at the time.

Justice Cottle said that in light of those facts, he would depart downward from that starting point, noting that her guilty plea would attract a further one-third discount.

The judge noted that the woman has spent two years on remand, adding that when the other mitigating factors are considered, her final sentence would be three years imprisonment.

The judge urged the woman to take the time to reflect on her life and to get the help that she needs to kick her drug habit.

He said it is important that the court send a message to deter others from similar actions.

One reply on “Woman jailed for killing ‘Crab’ over cocaine”