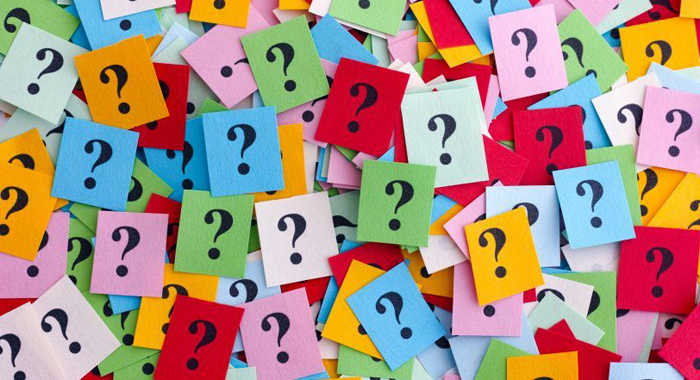 She, however, stopped short of saying whether she thinks that one such person purposely listed 12 matters for Justice Esco Henry to hear in a week initially dedicated to hearing the election petitions.

The result has been that the judge has recused herself from the matter, further delaying the hearing of oral testimonies, three years after the petitions were filed and just over two years before the next elections are constitutionally due.

“That’s a very difficult one for me to answer,” Bacchus-Baptiste, a lawyer in the petitions case, said when asked at a press conference of her New Democratic Party, on Wednesday, in Kingstown, whether she thinks the listing of the 12 matters was orchestrated.

The lawyer said that the judge was placed in “a very invidious situation”.

“And I empathise with the judge. But whether it was wilful or not, that I cannot say. I think the onus is on the government to prove beyond reasonable doubt that they had nothing to do with it. It’s not for us to prove it. Let them prove it.”

After the judge announced her recusal to lawyers in the petitions on Dec. 4, Bacchus-Baptiste said, on radio, that the legal teams had told the judge that briefing them on the development was enough and she they did not think that she should recuse herself,

Bacchus-Baptiste said that the judge, however, felt that the development could have a negative effect on her career.

She is said to have further indicated that she could be accused of knowing that the petition hearing date would have become available, in light of an application she granted Nov. 30, adjourning the matters to Feb. 11, 2019 because one of the lawyers for the respondents is ill.

At the press conference, Bacchus-Baptiste said that one of the concerns of the NDP is who listed the 12 cases for hearing in a week when the judge had cleared her calendar to provide for the continued trial of the election petitions.

“Why were they made, what was the motive behind it?” she said of the 12 fixtures.

“And I cannot help reflecting on the gatekeepers of the ULP. We must remember that when the rape cases and the sexual assault cases were filed against our sitting prime minister, the DPP, the gatekeeper, nolle prosequied those cases. They never saw the light of day in court.”

She was referring to the decade-old case in which the decision by the then Director of Public Prosecution, Colin Williams, was upheld on appeal.

She said there was a similar development recently when the NDP was demanding accountability for the monies spent to build the Argyle International Airport.

“When certain persons, members of the public went to CIPO [Commercial and Intellectual Property Office] to see certain files which we were questioning, the files were secreted, they were not seen and suddenly, there were certain filings made on them, which, to this day, we do not understand.

“Is there a gatekeeper at the registry? This is a very serious matter and this is what members of the public should be asking. Who at the registry did what was done that caused Justice Henry to recuse herself on a matter like this?”

Bacchus-Baptiste said the impact of the recusal on the hearing of the petition is not known as yet because the chief justice will have to appoint another judge who would be able to clear his or her calendar to come to St. Vincent to hear the petitions expeditiously.

“So that particular judge would have to be up to date with all of the material that has been filed or he or she would not be able to conduct a status hearing.”

A matter in which Bacchus-Baptiste is involved was also among the 12 listed to be heard in the week when the election petition should have been taking place.

Bacchus-Baptiste said it was not until Justice Henry mentioned it that she paid attention to this.

“I was in court when she set the date, the order was made and she adjourned it to the 5th of December. But at that time, neither of us, I am sure, recognised that it was the date set for the petition. But that’s one matter and that’s a simple matter. Simply, it would have been adjourned.

“I told her that I didn’t recognise that it was actually the hearing week. That’s just a genuine mistake and it would have been no issue at all because the petitions would have taken precedent anyway.”

Asked how would she respond to the argument that the fact that the 12 matters were listed is also a genuine mistake, Bacchus-Baptiste said, “Because they were not listed by the judge.

Asked to explain how court matters are listed, the lawyer said there is a court administrator who is in charge of setting matters down for trial.

“Now, I am not sure about the actual internal workings in the registry because primarily, ultimately, it is the registrar in charge of the running of the registry. But there is a court administrator and when matters are filed — matters that are filed for the first time — the court itself assigns a date.”

She said that some matters, such as fixed-date claim forms, are urgent and get a more urgent date than ordinary claim forms.

This would also depend on whether the matter involves an injunction, which also gets a more urgent date.

“So it depends on the nature of the matter. Form what justice Henry said, some of the matters that were set down were divorce matters, which were given as particular dates by the registrar for the hearing within the week.”

Bacchus-Baptiste said that, generally speaking, a list is circulated to the lawyers via email about four or five days before the hearing.

She said that the last list populated and circulated for Justice Henry was around Nov. 19.

“So it is a bit perplexing that dates were set down for trial — but I have not seen any list of fixtures for the third and the fourth and the fifth [of December], separately, as the registry would normally send out.”

“So there is [within] this grey area that we don’t understand who made the fixtures and that, definitely, needs some investigating.”

On Nov. 30, Justice Henry heard and granted an application by Carlos James, a lawyer for the respondents in the petitions case, to vacate the Dec. 3-7, 2018 hearing dates because his senior, Grahame Bollers is unwell and has been ordered to rest.

Asked if it could be possible that the dates were set after Friday’s ruling by Justice Henry, Bacchus-Baptiste said she didn’t think so.

“I know in the matter I am involved in, it was adjourned from September to that date. And other persons, I think when Justice Henry spoke yesterday she said what days the matters were set down to be heard but she was not notified, she said. She did not know that they were set down for that date.”

The NDP filed the two petitions in December 2015, challenging the result of the polls that month that saw the ULP being returned to a fourth term in office by a one-seat majority in the 15-member parliament.

Asked what the government stand to gain if it orchestrated the populating of the list and the ensuing recusal, Bacchus-Baptiste said:

“I think it is obvious. They are mortally afraid of this matter being tried.”

Lawyers for the NDP have failed to convince the court to allow them to open the ballot boxes, which they say would strengthen and prove their case.

But Bacchus-Baptiste told the press conference that any judge hearing this petition could, on his or her own volition, order that ballot boxes be opened.

She suggested that if the ballot boxes are opened, the court would see that the ballots were badly designed and, therefore, violated the secrecy of the vote.

The petitions are challenging the announced election of Sir Louis Straker and Montgomery Daniel in Central Leeward and North Windward.

Bacchus Baptiste said that in Central Leeward, one or two things happened that the NDP believes was duplicated in the entire elections.

“The way how the ballot was designed, by locating … the presiding officer’s initials and his mark on the counterfoil rather than on the ballot paper, it meant that some person — which is what happened in Central Leeward, which we say — tried to compensate for the poor design by putting the initial on the ballot paper, where there is no space to put it.

“The result was that a presiding officer, who wanted to ensure that that ballot was a legal ballot, had to open the ballot paper, thereby exposing the vote. So that is the purpose of mis-designing it, you simply have to tally ok, in this polling division, 100 persons voted for the ULP, 200 voted for the NDP, we need 200 extra ballots.”

She said that elections are stolen all over the world and further noted the long delay in 2015 before the Central Leeward tally was announced.

“There is no mark on them. The law says if that happens, the ballots should not be counted. You have disenfranchised 300 and something persons in a small constituency. And that is a sham; it’s a travesty, the election should be declared void,” she told the press conference.