Anger management should be taught in schools today 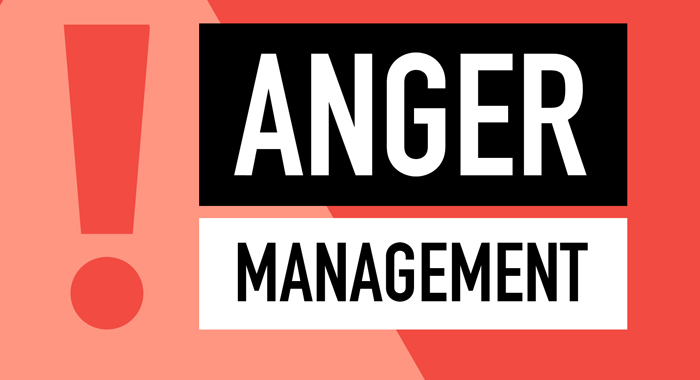 Time and time again, we hear the same broken record declaration that “the schools are failing our kids”. But, the enlightened and super educated school professionals still don’t seem to be doing anything about it. Any Black Tom, Dick and Harry, who wants to make money in a hurry by joining the most lucrative pansy scheme in America by becoming politically elected to office, decries “The School to Prison Pipeline”. For those of you who are still unaware of the meaning of this particular “smooth-talking slogan”, it represents the correlation between the high dropout rates in schools and the high rates of incarceration experienced disproportionately by Blacks and Hispanics.

Lately, a lot of NOISE has been heard about the injustices to the black community, especially in the prison industry. Michelle Alexander, author of The New Jim Crow has become a major household name in America for her efforts to highlight the racism and injustices in law enforcement as they pertain to Blacks and Hispanics particularly. She effectively demonstrated in her book how whites, who statistically used more drugs in the United States, experienced lower drug incarceration and how the differences in sentencing guidelines for crack and powder cocaine became the catalyst for establishing “The New Jim Crow” in America.

Since Michelle Alexander began her campaign for reparatory justice in these unjust prison policies, two presidents (Obama and Trump) have joined “The Conga Line” on releasing “non-violent offenders” from the cages they are locked into within America’s Prison Industry. Obama, just before leaving office, made policy changes that released thousands of former inmates that fit the criteria. Critics of Obama argued that its simply a matter of time before the released former inmates are reincarnated for other crimes because they are faced with the exact same dynamics of racism, etc. in American society.

Donald Trump seemed to be continuing the mission of freeing non-violent criminal offenders from prison, but he might not be doing it for the same reason as Obama. Donald Trump seems to be focused on the cost of providing food, shelter and clothing (in addition to other requirements) to those incarcerated. The massive incarceration rates are causing financial pain to American taxpayers and as a Republican who wants to reduce taxes on Americans, this makes great sense to the Trump administration.

Trump, like Obama, knows that the critics who argue that it’s simply a matter of time before the released prisoners are back in prison are correct. Therefore, he is attempting to address that problem, too, with deportation of foreign-born individuals who are convicted of criminal offenses. In Trump’s world, even naturalised US citizens are on the deportations’ menu. In deporting these foreign-born individuals, the rate of recidivism will be lower as it will be more likely than not that only US-born individuals will be re-incarcerated.

The return of one formerly released prisoner to the system can be deemed a failure. However, one can argue that nothing is foolproof and there will always be a mixed bag in all situations. This will most likely be the argument for Trump, Obama and their supporters in defense of their release of prisoners’ policies. However, this release of prisoners’ solution is as empty as the promise of 40 acres and a mule to each former slave.

The main reason a school to prison pipeline exist is not racism, but lack of discipline. If it was racism, a majority of the Black population would be in prison and hardly any Black individual would successfully achieve an education within America’s education institutions. The primary cause of The School to Prison Pipeline is ANGER. Anger is totally destroying America. This anger is now in all facets of Americans’ lives. It’s no longer the identity of black people as in “The Angry Black Woman” tagline. Now, we have “angry white men,” “angry white children,” “angry presidents,” “angry congressmen and women, “angry teachers”, etc., etc. Anger has become American cancer.

Back in the 1970s, 1980s, and 1990s, anger might have been designated to the black community especially since President Johnson strategically began to break up the Black family, so drugs may have been a form of anger management to help the users “chill out” as folks would say. Therefore, the demand of “Anger Management via low cost drugs” like crack was high. Since the government criminalised crack rather than treat it as “anger medication,” Black people dealing with issues related to anger filled the prisons.

Daniel Patrick Moynihan, in 1965, warned America that if the Black family was not reinforced with the aid of public policies, lily white American communities wouldn’t be saved from destruction. White children who are angry might not suffer the same penalties as Black children and there is where racism might have the greatest impact. However, all over America we see “extremely angry white children” usually after they have shot up some place and caused carnage.

Yet, the public policymakers are still foddering with band-aid solutions like more gun restrictions, legalization of marijuana and releasing incarcerated drug offenders. But no concern is directed to the primary cause of the cancer that is destroying America – ANGER! Why is Anger Management not taught in schools? When I asked this question earlier on my Facebook, one of my friends asked me why it’s not taught at home? Well, I want to say to that friend, “June Cleaver is no longer working at home as a full-time mom instilling good values and anger management techniques into Beaver and Wally” while Ward Cleaver is out earning the family dollar. We have a totally different structure in society that centers around “drama” which breeds anger.

It’s the government’s job to protect society. Therefore, Anger Management can no longer be the responsibility of individual families (families are in crisis). It must be the responsibility of the entire society. Anger Management is a prerequisite for a civilized society. Therefore, it falls under mandatory education. It is more important today than reading and arithmetic. If one is angry, he cannot focus. If he cannot focus, he cannot study reading or arithmetic. He is craving some form of therapy so that he can become “chill” or calm.

Some of the strategies that people use today to “chill” include sex (sex is becoming more and more perverted as the addiction levels increase), alcohol, drugs (opiates, marijuana etc.), music (most public schools no longer offer this), and crime (there is a thrill that goes with criminal behaviour that can be orgasmic – so I have been told).

Our society is in serious trouble. Politicians are like Nero who fiddled while Rome burned simply because they don’t offer practical solutions to our societal problems. Maybe the reason why politicians are incapable of addressing society’s problems is due to lack of focus. The lack of focus that prevents the “angry kid” from engaging in reading and arithmetic. So while the teacher is teaching, the kid is “clowning” because he needs that “anger management chill.” This concept should ring a bell with anyone who follows politicians’ performances from the US White House to the City Halls. There is an awful lot of “clowning” going on!