All of SVG should note court ruling against PSC — Friday 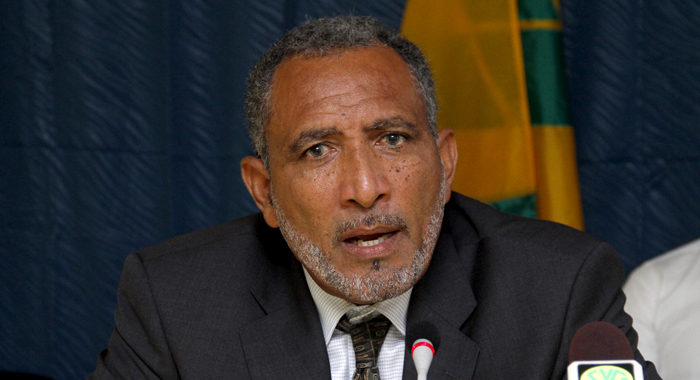 Leader of the Opposition Godwin Friday says that the recent High Court judgment that found that the Public Service Commission has been unfair in its promotion of public servants is something that should be noted by the entire population of St. Vincent and the Grenadines.

“This is something that every Vincentian needs to take note of because here you have a court saying basically that … promotions and the awarding of positions within the public service was basically done in a way that is not consistent at all with the regulations,” Friday said Monday on his weekly appearance on New Times, his party’s daytime programme on NICE Radio.

He pointed out that the judgment noted that public servants were being promoted in the absence of a seniority list and positions were being filled without being advertised.

“…  people only hear about it along the grapevine and so those persons who are favoured are told and those who are not are in the dark until the position is filled,” Friday said.

The opposition leader further said the court found that public servants were not being assessed.

“If you don’t assess them, how are you going to know who is qualified to be promoted. This is why you have so much disenchantment in the public service and beyond that.”

The Public Service Union brought the lawsuit against the PSC, challenging its non-promotion of five public officers during their respective periods in the public service of St. Vincent and the Grenadines.

The officers were overlooked for promotion even as persons who were less qualified and experienced than they, others whom they have trained, and relatives of high-ranking public officers, some of who had no relevant training or experience, moved ahead.

Friday said that there  exists in SVG a  situation where people who, when they feel they have been overlooked, are told that the political mandate is paramount.

“That even when you have your job to do, you know what you are supposed to do and you are prepared to do it, if you do it and you affect a person who carries a ULP (Unity Labour Party) party card that somehow you are the one who is being punished for doing your job.”

The opposition leader said the situation makes him “really apprehensive about this government continuing even a day longer”.

He said what obtains is “a situation where you have the public service that is set up on principles that are supposed to guarantee its independence in the sense that you are supposed to work within your own jurisdiction where you have a mandate to do your job, you do it. And you have the Public Service Commission that is supposed to deal with appointments and promotions, that is insulated from political sentiment and political preferences and the Public Service Commission itself is not, apparently, based on the judgment here that the union obtained, is not doing it in accordance with the regulations that are there”.

“It affects the entire country. This is when square pegs could end up in round holes and you have people who may or may not be qualified in positions, who are getting positions ahead of people who may be better suited.

“This is a damning criticism, in my view, of the government, a labour government is tolerating this for so many years under this administration and the more I read of it, the more I said to myself”.

He said it is as though there is a sense of arrogance within the administration that rules are for other people.

“But the public service is supposed to be insulated from any kind of political machinations, and when you don’t follow the rules, when you don’t follow the regulations, you make it appear as though it is being done in an ad hoc or capricious way, where you know, essentially people are being promoted and getting jobs in a way that is not transparent. And I think this is a very serious matter and that the government really needs to take a black eye for it, because it’s been continuing for a long time.”