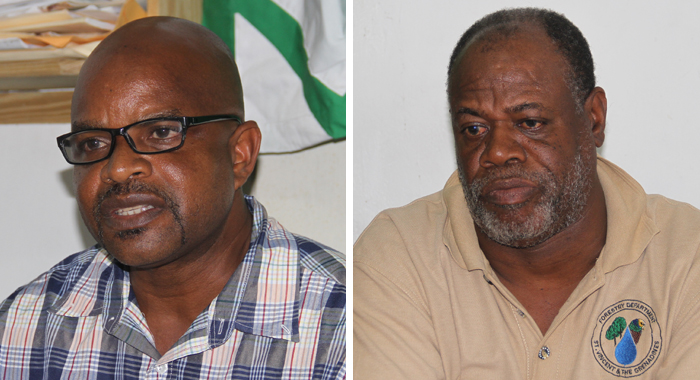 The High Court has ruled that the Public Service Commission (PSC) failed to comply with specific Public Service Regulations in respect of the non-promotion of five public officers during their respective periods in the public service of St. Vincent and the Grenadines.

The officers were overlooked for promotion even as persons who were less qualified and experienced than they, others who they trained, and relatives of high-ranking public officers, some of whom had no relevant training or experience, moved ahead.

Justice Esco Henry further declared that the PSC has failed to observe principles of fairness, transparency and objectivity in exercising its function under Regulation 19 of the Public Service regulation in respect of promotion of the five officers.

The judge ordered the PSC to establish and implement forthwith and maintain an efficient, transparent and effective performance and appraisal promotion regime within the public service — including robust and functional monitoring and corrective mechanisms — in accordance with the stipulations of regulation 18, 19, 20, and 27 of the public service regulation.

Regulation 18 speaks to the advertisement of vacancies.

Regulation 19 addresses the “principles of selection for promotion

It says: “In considering the eligibility of officers for promotion, the Commission shall take into account the seniority, experience, educational qualifications, merit and ability together with relative efficiency of such officers and, in the event of an equality of efficiency or two or more officers, shall give consideration to the relative seniority of officers available for promotion to the vacancy.”

Regulation 20 mandates the Chief Personnel Officer to keep up to date seniority lists of all officers holding office in the several grades of the public service.

Regulation 27 provides: “In order to assist the Commission in performing its functions, Permanent Secretaries and head of departments shall, in each year on or before the last day of February, furnish to the Chief Personnel Officer, confidential reports in respect of officer serving in their ministries or departments. Such reports shall relate to the 12 months ended on the preceding 31st December.”

Justice Henry further ordered the PSC to pay to the Public Service Union (PSU), the claimant in the suit, costs to be assessed on application to be filed and served on or before Jan. 31, 2019.

PSC acted ‘without due regard to the principles of fairness’

The PSU brought the claim, complaining that the PSC had failed to comply with three of the regulations governing promotion within the public service.

It charged that in the discharge of its functions relative to promotion under regulation 19, the PSC had acted without due regard to the principles of fairness, transparency and objectivity outlined in the regulation and that there have been unreasonable delays and inconsistencies in the process.

The PSC further alleged that the process employed was unlawful.

To support its case, the PSU highlighted the experiences of five pubic officers who testified during the trial.

They included the PSU’s current president, Elroy Boucher, as well as Joel Poyer — who was never promoted during his more than 3 decades as a public officer.

The other public service workers were Agnes Llewellyn, Kejo Peters, and Conroy James.

In addition to the testimony of the five officers, the PSU relied on the evidence of Kenroy Boucher, and Celena McDonald in support of its contention that the PSC operates in breach of established procedure for promotion.

The court heard that Llewellyn joined the public service on Jan. 2, 1987 with eight O’ levels and was promoted in 1996 to senior customs officer.

Between 1999 and 2008, she was assigned to the Ministry of Education, and obtained a certificate in social services between 2004 and 2005.

In 2004/2005, Vita Franklyn was allegedly promoted from a grade 2 or 3 community health aide directly to grade 7.

Llewellyn has been assigned to the Ministry of National Mobilisation from 2008 to the present.

In 2014, she obtained a Bachelor of Science in social work and applied for the post of Director of the Family Affairs Division, but her application never reached the PSC, as far as she is aware.

The court further heard that Annastacia Harry and Kelly Da Silva were promoted although allegedly they respectively had less academic qualification and fewer years than Llewellyn.

The PSC chairman, Cecil “Blazer” Williams and a number of present and former senior public officers testified about the methods used to recommend and make promotion generally and specifically in respect of certain promotion for which the five named officers were eligible to be considered.

Williams admitted to the court that he was presented with no documentation regarding candidates who were considered for promotion during Llewellyn’s tenure or whether recommendations were made as to such promotion.

In the case of Daniel, he joined the service on Nov. 15, 1991 as a junior prison officer, the most junior post in the prison service.

He had attended the Greiggs Primary School and had no secondary education but was trained as a prison officer.

Williams testified that he supplied no documentation regarding candidates who were considered for promotion during Daniel’s employment within the public service and no recommendations in respect of promotions.

Poyer joined the service in 1984 and was appointed formally in 1991 as a forestry officer, equivalent to FO3.

At the time of joining the service, he was trained in agricultural science at the St. Vincent Technical College.

In 1995, Amos Glasgow, who joined the service two months after Poyer and was allegedly trained at the same level, was promoted from FO3 to forest supervisor.

In 2007, he was seconded to the national sports Council for nine months — the same year he obtained an associate degree in forestry that qualifies a technician.

In 2005/2006, Cosmos McLeod, who had an associate degree in watershed management, was promoted from FO3 to forest supervisor, having allegedly joined the service in 1990, about seven years after Poyer.

In 2014, Glenroy Gaymes, who has a number of certificates or diplomas, was promoted from FO3 to forest supervisor.

Gaymes joined the service in 1991 after Poyer and was allegedly trained by Poyer.

In 2005, one Mr. Harry, who had a diploma in forestry, was appointed to act as forest supervisor, having joined the service in 1990, after Poyer.

Regarding Elroy Boucher, he joined the service in 1988 as a teacher, then called “probationary assistant teacher”, and is now referred to as Teacher 1 – on permanent appointment.

At the time, he had an associate degree in engineering technology with specialisation in biomedical and electronics.

In 1998, when he also had a diploma in management, he was transferred to the Maintenance Department of the Milton Cato Memorial Hospital to work as a biomedical technologist and engineering assistant.

During Boucher’s stint, the post of maintenance officer was allegedly awarded to the least experienced officer on one occasion and no satisfactory explanation was provided by the hospital administrator or then Permanent Secretary in the Ministry of Health, Luis de Shong — who has since retired from the public service.

In May 2005, Roland Shallow, who has a degree in clinical engineering, was promoted to the post of senior engineering assistant.

Allegedly there were more qualified officers, including Joanne Best, with a Masters Degree in biomedical engineering.

Kejo Peters joined the service on Sept. 5, 2005 as a junior clerk grade 3 or grade K. At the time, he had eight CXC subjects.

He worked at the Audit Department for two years, by which time he had obtained a Bachelor of Science in management studies (with honours).

Peters worked at the Ministry of Health for an unspecified period, by which time he had a Masters of Business Administration in human resource management.

But, during that time, Sue-Mona Moses and Denise Robinson were promoted as administrative officers, although allegedly, Peters had his Bachelor’s degree before them.

Kari Da Silva was overlooked for a promotion at that time also, although she graduated with Robinson, who is the niece of a member of the PSC.

Peters became aware of the two promotions only after they were announced.

Williams, the PSC chair, accepted that he produced no documentation regarding the candidates who were considered for promotion during Mr. Peters’ employment within the public service or any recommendation as to such promotion.

From Sept. 5, 2016 to the present, Peters has been assigned to the Customs Department, where he is a junior customs officer (Grade 3 or grade K).

He has completed a customs management and leadership course, with honours.

In the case of Kenroy Boucher, he joined the service on June 16, 1990 as a police officer.

On Oct. 1, 2006, he was transferred to the Immigration Department as senior immigration officer.

In 2010, he was transferred to NEMO, the same year when the vacancy for assistant chief immigration officer arose.

Mrs. Burke had no immigration experience.

Williams stated that he knew that Burke was appointed to that post but did not remember if Kenroy Boucher was considered for that vacancy or if his name had been submitted.

In 2013, K. Boucher was re-assigned to the Ministry of National Mobilisation, and in 2017, a junior officer filled the chief immigration officer post.

Mrs Burke has since retired from the public service.

Almost without exception, the public officer who testified on behalf of the PSU insisted that no annual reports were prepared in connection with their performance during the years they have been employed with the public service.

The PSC was ordered to disclose the annual reports in respect of the five officers.

The PSC contented that it complies with the regulation in conduct of its mandate under the referenced regulation.

However, Justice Henry said that she had found “it did not do so in several instances which were highlighted, particularly in relation to promotion to posts within the respective departments and ministries where the five named officers were assigned at the relevant times.

Justice Henry ruled that in light of her findings on the non-existent seniority lists, “it follows that the PSC had failed to take into account the seniority of candidates for promotion with the civil service during the period of employment of the five named officers…

“The PSC has therefore not taken into account a critical element of the promotion regulations. This failure is material and contrary to law,” the judge said.