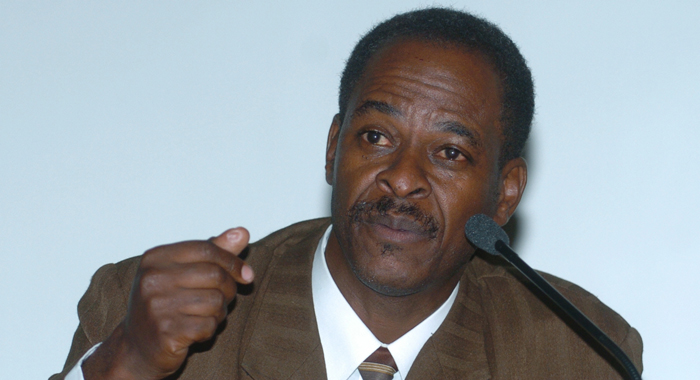 Dr. Jerrol Thompson is head of the St. VIncent and the Grenadines Cannabis Authority. (Internet photo)

Prime Minister Ralph Gonsalves announced the appointment of Jerrol Thompson on radio on Sunday, saying that the Cabinet had made the decision.

The Medical Cannabis Authority came into effect with the passage in Parliament, last December, of laws establishing a medical marijuana industry in St. Vincent and the Grenadines.

Thompson represented North Leeward from 2001 to 2010, when he was defeated by Roland “Patel” Matthews, a former teacher, who ran for the main opposition New Democratic Party.

After his electoral defeat, the former Minister of Science and Technology was appointed Director of Special Projects in the Office of the Prime Minister.

During the debate on the marijuana law, Matthews expressed concern about how the various licences under the medical marijuana industry are to be granted.

He said that everything in St. Vincent and the Grenadines has some element of partisan politics in it.

“You have the cannabis authority and you have the cabinet, and it seem to me that both of them could issue licences. At one point, it is said that the authority could recommend to cabinet and that cabinet would tell the authority whether to grant a licence or not,” Matthews said.

“Sometimes, you ask yourself who is in charge, whether it is the minister or the authority, in some instance.’

Matthews said he knows there are over 2,500 ganja farmers in SVG and that not all of them would get licences to cultivate.

“And the kind of stringent prerequisites to get licences is going to create problems. And some friend of somebody would get a licence over somebody who is more qualified. It happens all the time, so I am concerned about these things, Mr. Speaker,” the opposition lawmaker said.

“I am concerned that the line between who is giving licences and who is approving is a bit blurred and people need to understand who is responsible…” he said, adding that when it is the Cabinet “there is too much political interference and the nation knows how far that goes”.