‘How can we say there is no friend-friend business’ in public service? 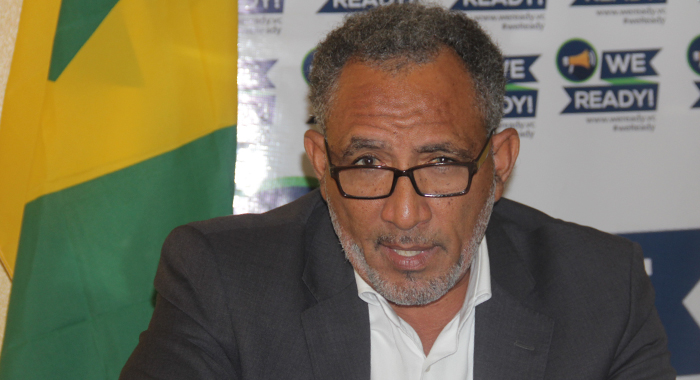 Those are some of the questions that leader of the Opposition Godwin Friday had at a press conference on Monday.

He was referring to the recent court ruling in which Justice Esco Henry held that the Public Service Commission has broken the regulations regarding the promotion of public servants.

The Public Service Union sued the PSU, citing the non-promotion of five public servants, who had not been promoted, in some instances, for almost three decades.

Friday said that in light of the failure of the PSC to obey the relevant rules, it cannot be said that promotion was not done on the basis of “friend-friend”.

In the wake of the judgment, Prime Minister Ralph Gonsalves noted that the PSC is a constitutional office and said he does not interfere in its operations.

The prime minister, who has constitutional power to nominate all of the members of the PSC, said that he does not support “friend-friend” promotions in the civil service.

“Where is the transparency that this ULP government is so loudly and persistently trumpeting? There is clearly none.”

He noted that the court found that the five public servants who testified in the case were wronged by the PSC in the promotions process and were entitled to redress.

“It also recognized the damaging effects of the PSC’s bad practices will have on the government if they are not corrected urgently,” Friday said.

Friday noted that the judge, in her ruling, said:

“Unless the PSC complies with those requirements, the body of public officers will not be properly served by that body. Importantly, such defaults will have a deleterious knock-on effect on the administration of the government service. The regulations create statutory duties which attract sanctions for breach. The Chairman and each member of the PSC as well as the appointing body should, as a matter of priority, take urgent steps to regularise the operational machinery within the promotions process in the civil service. This is an appropriate case in which to grant relief to the PSU to signal the court’s disapproval of the current processes and to hasten ameliorative reform.”

He said that it was good that the PSU sued the PSC “because if anyone had spoken about these practices by the PSC anecdotally or even from personal experience, there would have been much hand-wringing by the Prime minister and all sorts of denials.

“There would have been assertion of the government’s adherence to the principle of good governance and much talk about how transparent the government was in appointments and promotion in the service.  But, now it is all out there for the world to see.  The emperor has no clothes.”

Friday saluted “the courage of the officers who gave evidence in the case”.

“I have heard that efforts were made to get people from across the service to testify so that the judgment could cover, not just the areas where the five who testified worked, but the whole service.  But, people were afraid to testify because that would have exposed them to possible retribution and punishment in their jobs.

“We must change that culture of fear in the public service so that people can voice their opinions and stand up for their rights. When they function properly, the whole government benefits and by extension the entire country benefits.”

5 replies on “‘How can we say there is no friend-friend business’ in public service?”