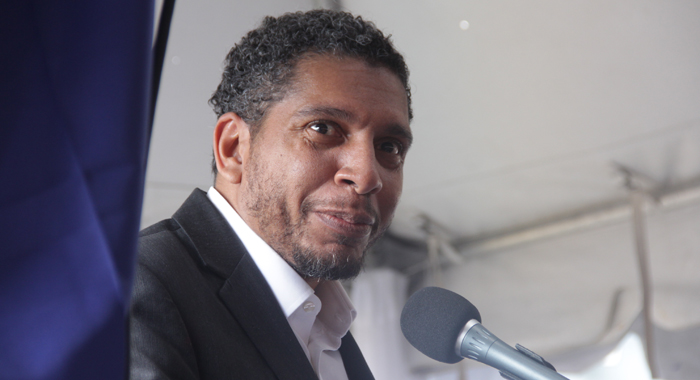 This will be the year when the country will have 1,000 police officers, 100 fire fighters, and 100 Coast Guard officers.

This was announced by Minister of Finance, Camillo Gonsalves at Monday’s commissioning, in Kingstown, of the new Coast Guard Vessel, Capt. Hugh Mulzac.

“This is a first in our history. And it indicates the seriousness with which we view the security of our citizens and the investments that we make in citizen security and safety,” the minister said.

Gonsalves said the Calliaqua Coast Guard Base, located in Calliaqua, East St. George which he represents in Parliament, has been upgraded to the tune of EC$880,000 to accommodate the new 140-foot vessel.

A new dock and new dolphins were built because it was the first time that the Coast Guard has had a vessel of this size and quality, the minister said.

He further said this year the budget allocates EC$120,000 to upgrade the dormitories at the Calliaqua base.

“So that a US$6.5 million vessel was getting a new home with a million dollar upgrade,” Gonsalves said.

The finance minister said there is a causal connection between crime and development everywhere in the world.

“That if your crime rate is high, if your population is unsafe, if your citizens are not secure, the development of your nation would suffer. And, in a country such as ours, a country of 32 islands and cays, a country that is not so much a small island developing state as it is a large ocean developing state, it is important and critical that we invest in the safety and security of our oceans, of our waters, of our fisher folk and of the residents of our Grenadine islands.”

He said that last year over 70 marine evacuations were made from the Grenadines to St. Vincent for health reasons.

“And I know from my discussions with fisher folk that there are many times when a fast and agile crime fighting vessel is necessary in our waters,” Gonsalves said.

He said that with the new vessel, eight new coast guard officers will be provided for in this year’s budget.

“So there is investment on the capital side, investment on the recurrent side but it is all investment in the safety and security of the people St. Vincent and the Grenadines. We are planning, and we are banking on exploiting and growing from what is called the blue economy,” the finance minister said.