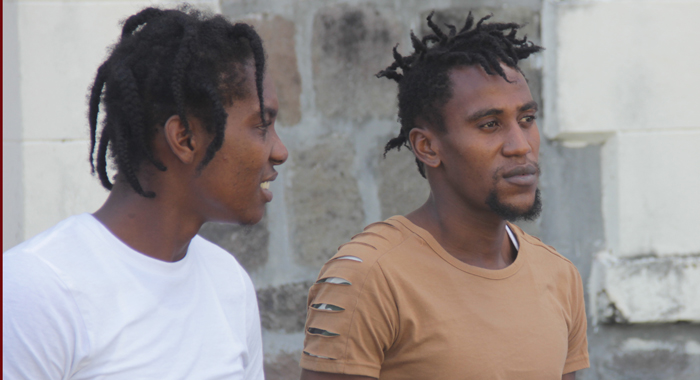 Five weeks into a two-year prison term for raping a 12-year-old girl, two men walked out of the High Court, in Kingstown, last week, after the judge decided to suspend the custodial sentence.

This means that the self-confessed rapists, Askey Roberts, 22, and Kenny Edwards, 24, of Lowmans Hill, will spend no additional time in jail for their crime if they do not run afoul of the law for the next two years.

On Dec. 7, 2018, High Court judge, Justice Brian Cottle imposed the prison sentence on the men for having sex with a 12-year-old girl on July 12, 2014, in the West Kingstown community.

The court heard that the child was returning home from Kingstown, where her mother had sent her to purchase some items when Roberts held on to her hand and told her, “Girl, come gi’ me sex.”

The men’s lawyer, Duane Daniel, had asked the court to give them a suspended sentence.

In mitigation, Daniel had noted that both the victim — who is now 16 — and her mother had sworn affidavits saying that they had forgiven the men and that they should not be given any prison time.

The lawyer’s lengthy mitigation had included statements to the court by the men’s grandmothers — who are 66 and 69 years old — and the men also read statement they had prepared, asking for leniency.

In handing down the two-year sentence, the judge had noted the seriousness of the crime.

In handing down the sentence, justice Cottle had noted that the maximum sentence for the offence in life imprisonment — 30 years.

He said that the learning suggests that the offence is on the lower level of category two.

Regarding the aggravating features, the judge said that the offence was committed against a young child by both men acting together.

He said that the mitigating features were no level of gratuitous violence, no pregnancy or diseases resulted, no abhorrent perversions, and no relevant previous conviction.

The judge noted that the defendants were young at the time and have expressed remorse.

Justice Cottle noted that the maximum sentence in such a case is 30 years imprisonment.

He started at the notional 4.5 years imprisonment relevant in the case and deducted 1.5 years for their personal characteristics, including their age, guilty pleas and expressions of remorse.

A further one-third of the sentence was deducted for the guilty plea.

Justice Cottle further said he has to consider the classical criteria of deterrence, rehabilitation, prevention and retribution.

He said that while Daniel had argued that his clients had rehabilitated themselves, the court still has to send a message to other young men that this is not the type of behaviour that the state would tolerate.

Justice Cottle had also ordered the men reappear before him this month to hear the results of his consideration, adding that in the interim, they would have to remain in prison.

When the matter came up again last week Tuesday, Jan. 15, Cottle said he had visited her Majesty’s Prison and had found the conditions there “absolutely appalling”.

He noted the high rate of reoffending in SVG notwithstanding the prison conditions.

“…I do not understand how it is that a person who has once had that experience, would risk ever having it repeated,” Justice Cottle said.

He told the accused men: “I don’t know if your experience at Her Majesty’s Prisons or the impact it had on you, was anywhere near the impact that my visit had on me,” he stated, adding, “If it’s anything along those lines, you do not wish to return there.”

In outlining his decision to suspend the sentence, the judge noted that that the victim mother and her mother had forgiven the men and had made sworn statement in this regard.

He further pointed out they had approached the victim and her mother, sometime before the matter came to court, and had admitted to their crime and sought her forgiveness.

“…Indeed they said that they had been minded to offer no evidence at your trial. Had it not been for your guilty plea, there might have been no conviction,” the judge said.

The girl’s mother had virtually caught the men in the act when they took turns having sex with her daughter under a house.

Justice Cottle, however, noted that the men’s crime is serious, saying, that the court must not send a signal that such offences would be treated lightly.

When iWitness News reported in December about the two-year sentences, persons responded on our website in social media with outrage.