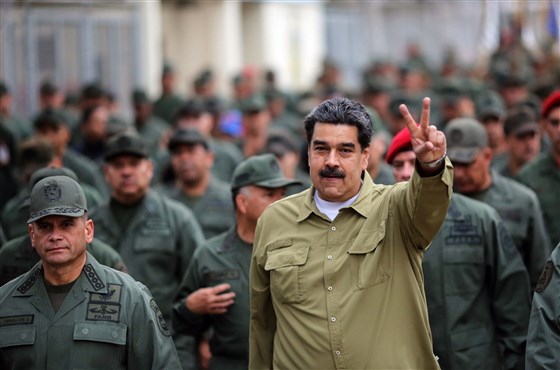 The Government of St. Vincent and the Grenadines on Tuesday justified to lawmakers its decision to vote against the Jan. 10 Organisation of American States (OAS) resolution regarding the on-going political unrest in Venezuela.

On the inauguration of Nicolas Maduro as President of Venezuela for a second term on Jan. 10, the hemispheric block, by a vote of 19 for, six against and eight abstentions, adopted a resolution that recognised “the worsening political, economic, social and humanitarian crisis in Venezuela”.

The resolution also rejected Maduro’s new term in office and called for new presidential elections with all necessary guarantees of a free, fair and legitimate process.

At Tuesday’s meeting of parliament in Kingstown, Opposition Leader Godwin Friday asked Minister of Foreign Affairs, Louis Straker, to tell the national assembly why the Unity Labour Party administration voted against the resolution.

“Mr. Speaker, why did St. Vincent and the Grenadines vote against the resolution? Because it was the right thing to do,” Sir Louis said.

Sir Louis said Chapter 1, Article 2 of the Charter of the United Nations says the organisation is based on the principle of the sovereign equality of all its members.

He further noted that Paragraph 4 of Article 4 of the UN Charter says, “All Members shall refrain in their international relations from the threat or use of force against the territorial integrity or political independence of any state, or in any other manner inconsistent with the Purposes of the United Nations.”

Turning to the Charter of the Organisation of American States Sir Louis quoted:

“The American States establish by this Charter the international organization that they have developed to achieve an order of peace and justice, to promote their solidarity, to strengthen their collaboration, and to defend their sovereignty, their territorial integrity, and their independence. Within the United Nations, the Organization of American States is a regional agency…

“The Organization of American States has no powers other than those expressly conferred upon it by this Charter, none of those provisions authorizes it to intervene in matters that are within the internal jurisdiction of the Member States.”

The minister of foreign affairs said that the simple answer to the opposition leader’s question would be “that on May 21, 2018, Nicola Maduro won president elections in Venezuela from among a field of five candidates in a vote declared free and fair by hundreds of regional and international observers, inclusive of a team from the Caribbean.

“Consequently, St. Vincent and the Grenadines recognises the legitimacy of the Venezuela government and, therefore, cannot support a resolution in the OAS, which seeks to undermine that legitimacy.”

Sir Louis, however, said it would be remiss of him not to seize the opportunity and broaden the response and to examine the antecedents of the resolution and the reason why the principled stance of SVG, relative to the Venezuela issue.”

The foreign minister went on to recount the timelines of developments in Venezuela and the reaction of the opposition there, the international community as well as Kingstown’s response.