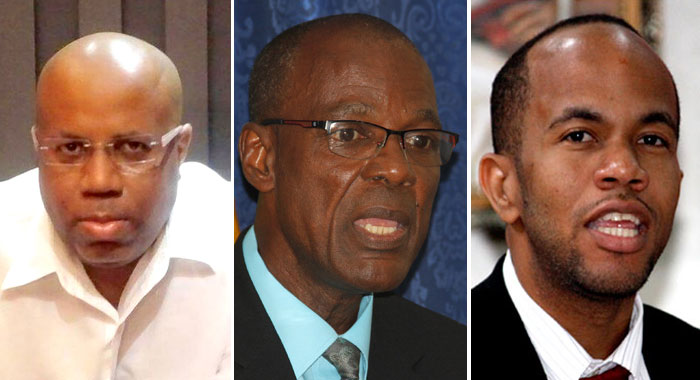 A radio announcer has challenged the denial by the Ministry of Health that at no time during the last 18 years was St. Vincent and the Grenadines without tetanus vaccination.

The vaccine is used to prevent tetanus — also known as lockjaw — a bacterial infection characterised by muscle spasms.

“If I did not experience it, I would have believed,” Dwight “Bing” Joseph said on his “OMG” morning show on Boom FM on Jan. 30.

“I ain’t trust them people dey. Yuh see that? These are the things that make you lift your eyebrows and say, ‘For the love of God!’ It makes you then question a lot of these things people say.”

Joseph told his listeners that he knows that the health minister’s comments were untrue because he was unable to get a tetanus vaccination at the Accident and Emergency (A&E) Department of Milton Cato Memorial Hospital and several health centres for weeks last November.

On Jan. 29, during the debate of the Estimates, Member of Parliament for West Kingstown, Daniel Cummings told lawmakers that there were no tetanus vaccines in SVG and that the situation had existed for some time.

“Mr Speaker, currently, if I get what people commonly refer to as a ‘nail jook’ and I go to the hospital, there is no tetanus vaccine in the country. Neither in the hospital nor…” Cummings, the opposition lead spokesperson on health, was saying when Minister of Health, Senator Luke Brown rose on a point of order.

“The Honourable Member is misleading the House. That is absolutely not true and I would like him to stick to the truth when making his presentations,” Browne said during what escalated into a heated exchange.

“It can be verified, but I want to tell you without a shadow of a doubt that it is not true that there’s no tetanus vaccine in St Vincent and the Grenadines and I hope he does not continue to go down this unfortunate vein with his presentation,” Browne said.

Two days later, on Jan. 31, the Ministry of Health issues a statement saying “… there was never a situation in St. Vincent and the Grenadines in the past six months, or in the past eighteen years for that matter, when there was no tetanus toxide vaccine in the country”.

The ministry further said that there was “never a situation in the same period when there were insufficient doses of the vaccine on hand to meet the needs of the population.

The release quoted the Chief Medical Officer as saying tetanus toxide vaccine is currently administered to all children when they enter primary school with a booster shot given prior to entering secondary school.

“This schedule provides life time immunity. Therefore the majority of Vincentians are fully covered against tetanus infection,” the chief medical officer is quoted as saying.

The implication is that it is not generally necessary for someone to receive a tetanus vaccine every time he or she gets a dog bite or a cut from a metallic object as these would already be immunised, the ministry said.

However, where there is a risk of developing tetanus from such an exposure, tetanus immunoglobulin (which is in stock), can be administered.

The Chief Medical Officer is further quoted as saying that, in 2018, all children requiring scheduled tetanus vaccines received them and everyone else qualified to receive the vaccine as per the World Health Organisation recommendations also got it.

But Joseph, who is diabetic, said that he had contacted several health centres and inquired about a tetanus vaccine after cutting his foot on a gate late October.

He said he was not going to say which health centres he called “because I know how these damn people stop because they might go and call the people them and try victimise them”.

He told listeners he was unable to get a tetanus vaccine over a three-week period.

“Not one of the health centres, including A&E that I contacted had tetanus vaccination and I called around to every single one that I knew that I could have gotten on to. The last one told me we were out and we do not know when we will get.”

Joseph said he asked how long the centre had been without tetanus vaccines “and the lady laughed as if she didn’t want to tell me because I identified myself.

“So when the minister of health got up in Parliament and said the Honourable Daniel Cummings was misrepresenting, he was correct because … when I heard the back and forth between Daniel Cummings and the Minister of Health, I called the health centre, the first one that I went to, I said, ‘My name is Bing Joseph. Remember I came there some time ago?’…. I said, ‘I am calling because I am trying to get some information here. Do you now have tetanus vaccination?’ The lady said, ‘Yes. We do.’ I said, ‘When did you get?’ She said, ‘Recently.’”

Joseph said that the health centre told him that they had been without tetanus vaccines for months.