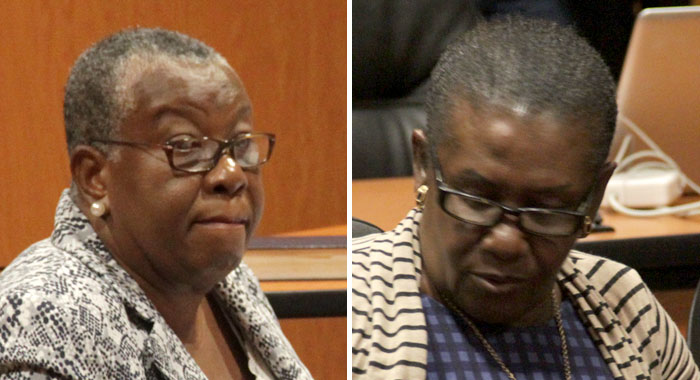 Sylvia Findlay-Scrubb, who was Supervisor of Elections during the December 2015 poll, says she never knew until the election petitions were filed, that there was a claim that there were 39 excess counterfoils at polling station NWI, in North Windward.

Agents for the main opposition New Democratic Party (NDP), whose candidate, Lauron “Sharer” Baptiste has brought the petition, had complained that there were 366 ballots but 405 counterfoils.

However, on Monday, during her cross examination by Keith Scotland, Baptiste’s lead counsel, the former elections chief said she made no enquires about what allegedly transpired.

She agreed with the lawyer that the tally of the counterfoil and ballots, used or unused, should reconcile, because counterfoils come from ballots.

Findlay-Scrubb, who retired from the elections chief post last year April, was asked if, in layman’s terms, the practical effect of having 39 excess counterfoils means there were 39 ballots unaccounted for.

The former elections chief said that if such an issue had arisen, it “would have been dealt with” at the preliminary count.

Sylvia Findlay-Scrubb said that if in the initial stage, there were 39 counterfoils in excess, that had to be reconciled in the presence of the returning officer.

The petitioner has alleged that contrary to the provision of Rule 14 of the House of Assembly Rules, no Form 16 statement of poll was presented at the final count.

Findlay-Scrubb told the court that in the process of disclosure, she did not disclose Form 16 statements of poll for any of the polling stations in North Windward.

“No, there is no reason I did deliberately not do that,” she said in response to Scotland’s question.

“So there is no reason you can advance in face of specific pleading why you have not shown Form 16, you can’t give any reason?” Scotland asked and Findlay-Scrubb said as if she was thinking.

“Madam, you are looking for a reason?” the lawyer asked

“No I am trying to recollect,” she responded.

Findlay-Scrubb had the petitioner’s pleading since Dec. 31, 2015 and signed her witness statement on June 7, 2018.

“You had a three-year period to look at the pleading and say, ‘Court, I am assisting you. Here are the Form 16s. Why didn’t you present, disclose, exhibit these Form 16s?” Scotland said.

“I would say it is a matter that just escaped my attention at the time and that’s it,” Findlay-Scrubb said.

The former election chief said she knows that the rules mandate that the presiding officer complete the Form 16s.

She further told the court she knows that if a presiding officer omits to enclose the Form 16, she is empowered to impose sanctions — take away part of his or her salary.

Findlay-Scrubb told the court of the importance of the Form 16.

The court has said that a ruling in the case could come by the end of March.