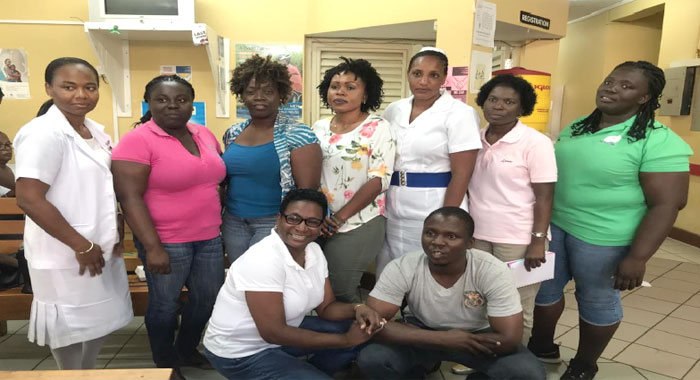 The Nurses Association of St, Vincent and the Grenadines (NASVG) has a new executive body.

This long overdue call came from the nursing fraternity after the association became dormant for a number of years, the association said in a press statement, adding that the leadership transition took effect on March 5, after elections in February.

The overall aim of the association is to stimulate and promote the advancement and professional development of all nurses and nursing assistants in SVG.

The statement said that association has a broad focus, which encompass all aspects of nursing as a profession.

The statement said that the new executive is cognisant of the many challenges and issues within the realm of nursing in St Vincent.

“However, the labourers are committed and ready to put their hands to the plough in reviving the once inactive nurses association. Conclusively, we solicit the support of the all our members and potential members as we collaborate to address matters in relation to nurses and the profession overall,” the statement said.

“We want to express thanks to the nurses for entrusting the new executive with the opportunity to serve as their advocate as we look forward to moving nursing and health care forward in St Vincent and the Grenadines.”

One reply on “SVG nursing association has new executive”