PETITIONS TRIAL: Democracy ‘was in fact on trial’ — Senator James 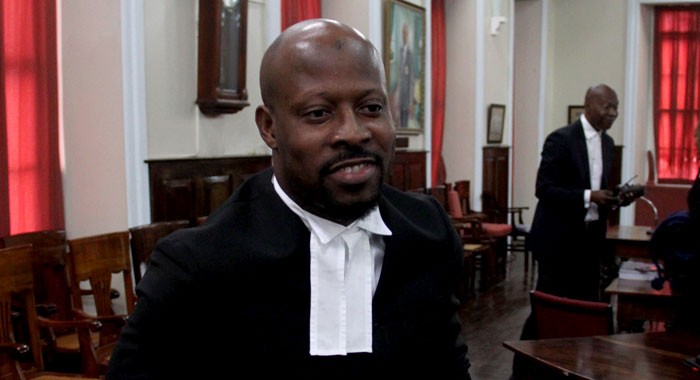 A lawyer for the government in the election petition case says that democracy in St. Vincent and the Grenadines was indeed on trial.

However, Carlos James, who is also a government senator, says that he does not see this the same way as the main opposition New Democratic Party (NDP) claimed, when it used the rubric “Democracy on Trial” for two recent public meetings.

“… I heard persons making mention of democracy on trial. And I would add to that. It was in fact on trial in the sense that there were questions raised as to the integrity of the electoral system,” James said on We FM on Thursday, shortly after acting High Court judge, Justice Stanley John dismissed the petitions after a full trial.

James said that Justice Brian Cottle “had to endure all of these insults from the members of the NDP and these are the things that we have to bear in mind when these matters are before the court”.

In early 2016, Justice Cottle dismissed the Dec. 31, 2015 petitions as improperly before the court.

However, the court of appeal overturned that decision, saying that he showed apparent bias, and ordered that the petitions be reverted to the High Court for trial before a different judge.

James, who lost the 2015 election to the NDP’s Roland “Patel” Matthews, noted that everyone has a right to access the court and to challenge the democratic process, which he said “has gone through a tried and tested process.

“We have had elections in St. Vincent for numerous years and we have not had or seen a display from any political party as worse to what the NDP has displayed. They have brought into question and into disrepute the judicial process and our democratic process of calling elections in a democratic way,” he said.

James said that the respondents were “excited” about the court ruling.

The ULP was declared winner of the election, and a fourth consecutive term in office, having won eight of the 15 parliamentary seats, while the remaining seven went to the NDP.

James noted that the ULP has won in Central Leeward and North Windward since 2001 and 1994, adding that these victories have always been by large margins.

“… there was no real reason or need to steal an election in two constituencies where the ULP is perhaps the strongest in those corridors of the country.”

He noted that the judge observed that mistakes are made in all elections.

“And he is not just referring to St. Vincent but across the world because there are a lot of cases that the court can refer to in terms of assisting in bringing and arriving at a decision.

“The question for the court was whether they were erroneous or intentional and whether the elections were, in fact, free and fair based on if at all mistakes were made and whether or not that would have affected the outcome of the election.”

James said that Justice John ruled that the elections were conducted substantially in accordance with the law and having examined the evidence, ruled that the petitions be dismissed and that Daniel and Straker were duly elected.

James said that when persons across the world hear about SVG and election petitions before the court, “they are essentially hearing that perhaps this is a country that is not a democratic state, they steal elections and they tamper with the judicial system and it reminds you of some of the stories that came out of countries in Africa in the 50s and 60s and 70s.

“But we are young democracy but we have a system that has been tried and tested and it is clear for the world to see and for everyone to see that St. Vincent, we conduct here in St. Vincent fair and free elections, we have a very strong judicial process that persons can rely on. And, in fact, they had a right to go before the court and they exercised that right and the court gave a ruling.”

He said that on the political platform, the NDP accused the ULP of stealing the election.

“In court, you never heard one comment from any of the witnesses called, the affidavit evidence or the submission from any of the lawyers for the petitioners about elections being stolen. That was never a part of their pleadings of submissions in this trial.”

James said there was always the issue of irregularities but the question for the court to determine was whether or not the irregularities were sufficient to cause an election to be void.

“… and Justice John returned a ruling quite in favour of the elections being free and fair,” he said.

“But we have to be careful with the comments and the pronouncements that we are hearing form the other side. It is very important for us to recognise this and see that these people, they are not serious and that’s the point,” he said.

2 replies on “PETITIONS TRIAL: Democracy ‘was in fact on trial’ — Senator James”