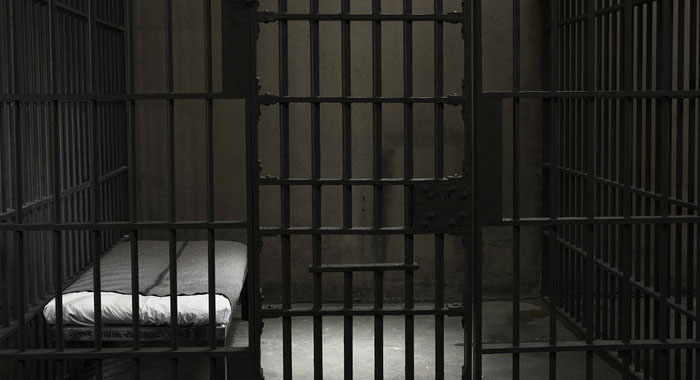 A Chester Cottage woman whose lawyer told the court that she was “not the average tek-licks-from-no-man woman” has been jailed for three years for wounding a male villager.

Magistrate Bertie Pompey handed down the sentence on Cetra Harry’s at the Colonarie Magistrate’s Court sitting at Georgetown, on Thursday, after finding her guilty of wounding Isaac “Zi-e” Yearwood on Feb. 24, 2018.

The incident may have had its genesis some time ago in Argyle over an allegation that one of the parties was a victim of their significant other’s philandering ways.

According to the prosecution’s case, on the date in question, Yearwood was at his daughter’s gate at Chester Cottage going through his phone when he heard the defendant say, “Yuh play yuh dey on f**king phone! Ah you me come fah!”

Harry became aggressive and Yearwood noticed something in her hand.

The woman’s 13-year-old son who was with her at the time told her to “leave ‘Zi-e’ alone”.

Cetra approached Yearwood and pelted a stab at him, causing his phone to fall.

She then tried to smash the device.

Cetra pelted another stab, which caught Yearwood on the left side of his chest.

She fell, got up then ran.

The defendant did not testify in the case.

However, her son told the court that he and his mother were walking in Chester Cottage when they passed Yearwood at his daughter’s gate.

He said that as they continued walking he saw a shadow came up to his mother and someone grabbed her by the hair and boxed her in the eyes.

The teen said he saw his mother fall but he ran home to call his older brother — Stephon Harry.

“We were going back up when we saw her coming down,” the teen said, referring to his mother.

During cross examination by prosecutor Police Constable Corlene Samuel, the teen maintained that Yearwood boxed his mother in an unproved attack.

During re-examination by defence counsel Grant Connell, the teen witness said that after Yearwood boxed his mother, he (witness) ran for his older brother “because me can’t handle him (Yearwood)”

“Can’t handle him!” Connell echoed, adding, rhetorically, “Stick around for what? Licks?”

His comment triggered chuckles amongst members of the audience.

Yearwood had told the court that the incident had stemmed from something that had transpired when Harry and Yearwood were working at Argyle.

In his closing submission, Connell told the court that even if his client had told Yearwood about “butt”, the complainant had admitted that his partner cheats on him.

“A horn is a horn, if you tek it on,” Connell said, as he ended his submission to the court, resulting in laughter.