Burglar steals $2,000 in coins from shop as owner slept inside 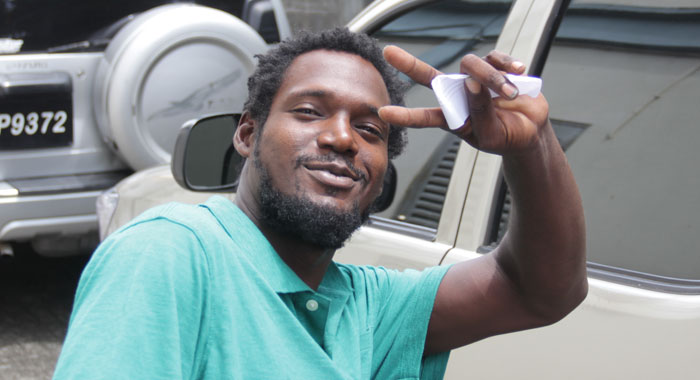 A Kingstown man took advantage of a midnight nap by the owner of a shop in the city to steal EC$2,000 in coins from the business place.

Gilbert Spence, 33, was brought before the Serious Offences Court in Kingstown on Monday, charged that on Feb. 2, 2019, he burglarised the business place of Condell King, of Belair.

He pleaded guilty to the charge, which was read to him by Chief Magistrate, Rechanne Browne.

The court heard that the shop is located on Lower Bay Street, Kingstown, near Gibson’s hardware.

He awoke about 2 a.m. to find that the shop had been burglarised and the drawer containing the coins was missing.

He made checks in the area and received certain information.

As a result, King reported the crime to the Criminal Investigation Department in Kingstown.

Spence gave a statement admitting to the crime.

Lawyer, Duane Daniel told the court that he had agreed to assist Spence, the accused having asked him to do so in court.

In mitigation, Daniel noted Spence’s age and that the defendant had cooperated with police, giving them a statement that implicated himself.

He said that Spence has four relevant convictions.

The lawyer told the court that the accused man was willing to repay the money but was asking for some time to do so.

Spence told the court that he will start repaying the money this week, adding that he has a job.

The chief magistrate ordered him to compensate the virtual complainant in the sum of EC$2,500.
Spence has to pay EC$300 of that sum by April 23 to avoid one month in jail.

He must then pay the remainder by June 14 or go to prison for four months.

One reply on “Burglar steals $2,000 in coins from shop as owner slept inside”