Layou, Bagga to get facelift as part of hotel project 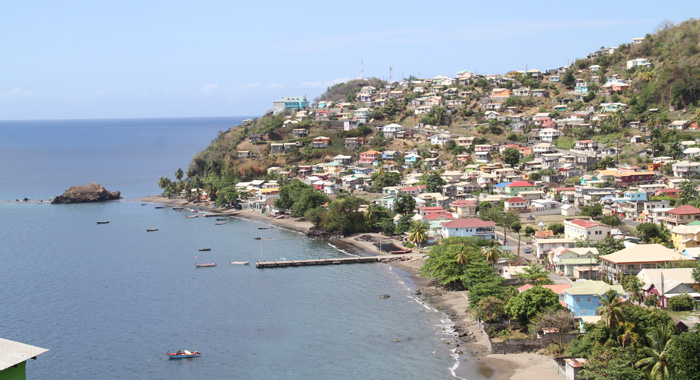 The two towns in Central Leeward — Layou and Barrouallie — will see some improvement to their “aesthetics” as the government builds a 250-room hotel in Mt Wynne, located between the two towns.

“Because our view is once the tourists drive from Argyle to the leeward side to spend their week there, it is most likely, if they venture off the hotel premises, they will be venturing off in the neighbouring towns of Layou and Barrouallie and not coming back to Kingstown regularly,” Minister of Finance, Camillo Gonsalves said.

He said that the hotel at Mt Wynne also has a facility to dock by sea, giving guest the option of arriving or departing via sea.

“But, we intend to upgrade the Layou and Barrouallie towns as well, aesthetically, and make the residents of Layou and Barrouallie better equipped to attract and host hospitality activities there so that when somebody leaves Mt Wynne-Peter’s Hope or when somebody leaves Black Sands [Resort] and they say to their concierge, ‘Where can I get some local fish?’ or ‘Where is your local bar where I can get some of the local flavour?’ or ‘Where can I go to a local dance club?’, that concierge will point them to the towns of Layou and Barrouallie to make sure that there is local activity, economic activity in the neighbouring towns.”

He said that the government has intentionally not gone the all-inclusive route.

“Because while they have their benefits, we hope to attract people who will not only spend their money in the hotel but will spend their money in the neighbouring communities and we are trying our best, coming relatively late to this mass tourism game, we are trying our best to learn from the best practices and also the mistakes from the tourism developments in neighbouring islands.”

The minister was speaking Tuesday at a ceremony to sign a US$50 million loan deal with Taiwan for hotel construction.

“If you have 1,000 rooms and you have two people staying in a room, you get a sense of the increased numbers of tourists who will be coming to St. Vincent and the Grenadines, once this construction is complete,” he said.

6 replies on “Layou, Bagga to get facelift as part of hotel project”