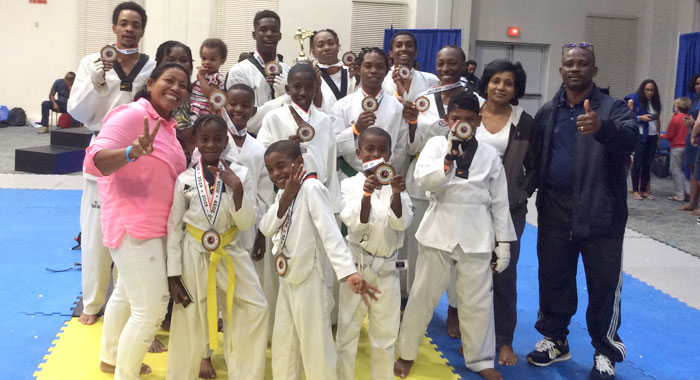 Primus also received a trophy for the Most Impressive Senior Female Competitor.

The Yom Chi Taekwondo Club, headed by its coach Glenroy Gaymes, 13 athletes (eight juniors and five seniors) and three parents was the only club from St. Vincent and the Grenadines represented in the competition.

“I am pleased with the performance of the athletes and I am grateful to all the individuals and businesses who supported the team,” Gaymes said.