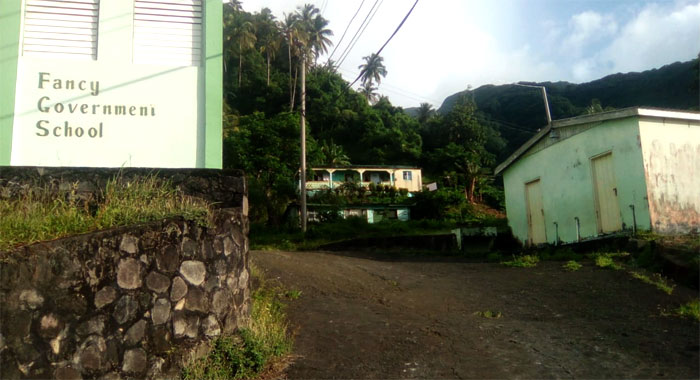 Residents of Fancy have used a volcano eruption sensitisation meeting to express concern about the condition of the state-owned emergency shelter in their village.

Fancy is the northernmost community in St. Vincent and is expected to be among the first to be impacted by an eruption of La Soufriere, an active volcano that sits on the northern third of St. Vincent.

The meeting, last Thursday, at the Fancy Government School, was organised by the National Emergency Management Organisation (NEMO) to mark 40 years since the last eruption of La Soufriere volcano – April 13, 1979.

The school has been listed as an emergency shelter for a number of years and residents have repeatedly expressed to NEMO concerns about its suitability for such a function.

“There is no structure in Fancy for disaster preparedness. If there is any disaster, one wind and it gone,” Pastor Ehud Myers said, as other villagers agreed, chorusing, “True!  True!”

Myers said he has heard NEMO say many times that the Apostolic Faith Mission, which he pastors, is an emergency shelter.

“… but I never got in contact with none — face to face —  of the persons because I want to find out something.  They put it (the church) as a disaster shelter, I never sign my name and say — I never give permission. Who’s responsible for the expense? Suppose children break a window, who’s going to buy them back?” Myers said.

One other person at the meeting said that he school cannot be an emergency shelter as the washroom facilities are detached from the main building.

“Take a look at the windows,” one person commented.

It was noted that the government delivered new windows to the school over a year ago but is yet to have them installed.

One person suggested that the government build a new emergency shelter in the village, adding that the shelter should have a concrete roof, rather than the traditional galvanised sheets.

Residents also expressed concern about the dissemination of information.

They suggested that although Fancy has a good radio communication network, that information be also shared via St. Lucia’s radio stations, as they are accessible, and more frequently listened to than those in St. Vincent and the Grenadines.

Meanwhile, Jerwayne Laidlow, NEMO’s radio communications officer told the meeting that it would be best for them to set up a committee to establish rules and regulations to be observed if the church is used as an emergency shelter.

He also said that evacuees should obey these rules.

“There are regulations in place to actually charge people if they damage your property — NEMO has that legal right,” Laidlow said, adding that the church should have its own security if it is used as an emergency shelter.

In addition to the Fancy Government School and the Apostolic Faith Mission Church, NEMO, in 2018, also listed the Bethel Baptist Church as an emergency shelter in Fancy.

The meeting was organised in collaboration with the University of the West Indies Seismic Research Centre, with support from the Soufriere Monitoring Unit and the UWI-SRC Volcano Ready Communities Project.

A similar meeting was held in Owia that day.