Which party really tried to steal the 2015 election? 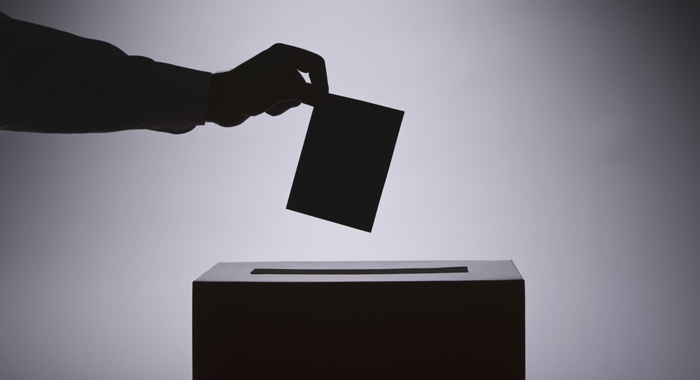 This street exhortation from Friday immediately following the NDP’s March 21 election petitions loss is yet another sign that this once mighty and respected party is still trying to cut down its own breadfruit tree, an exercise it has been busily engaged in since 2001.

Friday’s rallying cry was met by the physical assault of the Commissioner of Police, Colin John, as reported in the media (Searchlight newspaper, March 22, p. 4). The intent, no doubt, was to illicit an even more violent response from the constabulary, some of whom were also violently attacked, but who were surely briefed to accept some licks rather than provoke a politically expedient charge of police brutality culminating in a regime-changing “Roadblock Revolution” against the Unity Labour Party (ULP).

The Ralph Gonsalves government cannot be so easily fooled.

Notwithstanding the rejection of his decision by the NDP leadership and presumably the bulk of the party’s supporters, Eastern Caribbean Supreme Court Justice Stanley John’s detailed and learned decision, grounded in our 1982 Representative of the People Act and supported by a plethora of legal opinion derived from similar election petition cases from around the world, concluded that:

“At the core of the statutory provisions governing the conduct of Parliamentary elections in SVG is the intent of Parliament to ensure that the democratic will of the electors prevail. That the candidate representing the choice of the majority will of the electors prevails…. The [election petition] cases have all clearly established that the Courts will strive to uphold an election as being substantially in accordance with the law, even where there have been serious breaches of the Rules, or of the duties of the election officials provided that the results of the election was unaffected by those breaches…. The Court holds that the breaches which took place during the General Election in the constituencies of Central Leeward and North Windward did not affect the result of the election from a qualitative or quantitative perspective.”

But the NDP holds no brief for such trivialities as election law or legal precedence. “Pass the axe and let’s have another whack at our breadfruit tree,” seems to be the party’s response to negative court decisions.

Whether on its NICE Radio programme with its constant mantra of “dem tief de election” since Dec. 9, 2015, or in other media, the party seems determined to self-destruct with its monotonous repetition of the errors that Justice John cogently concluded did not constitute sufficient grounds for overturning the two election results.

The NDP certainly doesn’t know the meaning of another local expression, “Donkey dead; dismount,” when it continues to proclaim that, “The trial vindicated the outcry made by the NDP following the 2015 general elections” (The News newspaper, March 22, p. 12). It did no such thing because you cannot be vindicated by a negative decision. But for this NDP, the so-called “court of public opinion,” composed solely of biased Party supporters eager to gain power by any means necessary, takes precedence over the impartial, comprehensive, and intelligent opinion of a member of the Eastern Caribbean Supreme Court.

Regardless of whether the NDP engages in even more tree cutting by appealing Justice John’s decision, as it has promised to do, its leadership has vowed to continue “to fight” the 2015 results until at least the next election highlighting Prime Minister Ralph Gonsalves’ claim on Star FM, his party’s radio station, following the High Court ruling that, “Sooner rather than later, they [the NDP] will be exposed for what they are: anti-national, undemocratic, because they lost the election.”

If true, this assertion raises the more fundamental question of which party – NDP or ULP – actually tried to “steal the election” following the approval of its results in December 2015 as free and fair by three respected bodies of external observers.

15 replies on “Which party really tried to steal the 2015 election?”