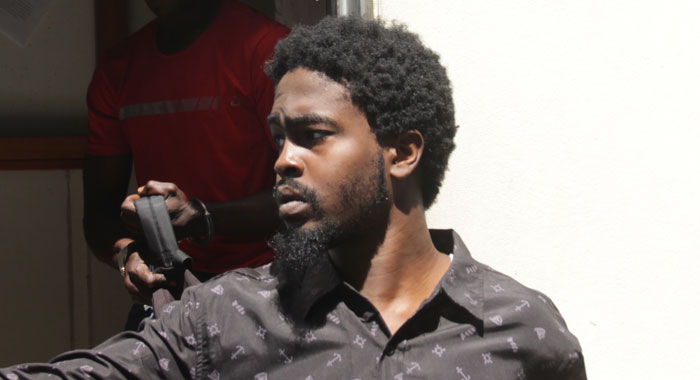 The man who prosecutors say was caught on camera stabbing a woman in the neck in Kingstown last August, resulting in her death, is not fit to stand trial.

Senior Prosecutor Adolphus Delplesche told iWitness News on Tuesday that mental health professionals have concluded that Kesean Cain, 19, of Diamond Village, is not fit to stand trial on the murder charge.

Cain is charged with the murder of Brenda Layne, a 48-year-old security guard, of Chauncey and Rillan Hill.

When the preliminary hearing came up at the Serious Offences Court in Kingstown, on Tuesday, Delplesche noted to the court the report from the mental health professionals.

He, however, said that in light of the report, Cain could not be discharged at the level of the magistrate court and that the case has to be sent to the High Court for disposal.

Cain is not represented in the murder case, but Grant Connell, his counsel in a wounding matter in which he is also charged, volunteered to assist the accused man during the preliminary inquiry.

Connell, however, told the court that his name was removed from the list of lawyers that the government hires under its legal aid system for persons accused of certain crimes.

He said that this is the result of a delay in “provocation” — a reference to payment.

Connell said that the 12 lawyers that the government hires in murder cases are paid EC$1,500 initially and EC$500 a day.

He said that one of those lawyers should be at the Serious Offences Court to represent Cain in the preliminary inquiry.

“This man is a special case so one of those 12 should really be here. Poor Grant Connell; how much pro bono I could do?” the lawyer told the court.

“It is time we do the right thing and do the thing right,” Connell said, adding to Chief Magistrate Rechanne Browne:  “I think your voice should be echoed as saying lawyers need to stand up in cases like this and don’t wait until they come to high court to be paid.”

The chief magistrate put the next hearing in the matter for next Monday, April 29, when a paper committal could take place.

The killing of Layne, a mother of six, in the heart of the city shocked St. Vincent and the Grenadines when news of it broke on Aug. 22

A video was recorded by surveillance cameras mounted on a building in the Lower Bay Street area where she was attacked sometime around 7 a.m.

The video suggests an unprovoked attack in which Layne was stabbed a single time in the neck by a man who attacked her from behind and immediately ran after inflicting the fatal wound.

Layne was attacked while standing in the vicinity of Gibson’s Building Supplies in an area where persons travelling to the Leeward side of St. Vincent, often wait for transportation during early morning and late-night hours, rather than going to the bus terminal which is located nearby, and is generally not used at those times.

No one besides Layne and her attacker were captured in the video at the time of the attack.

Layne was on her way home from work, having worked an overnight shift.