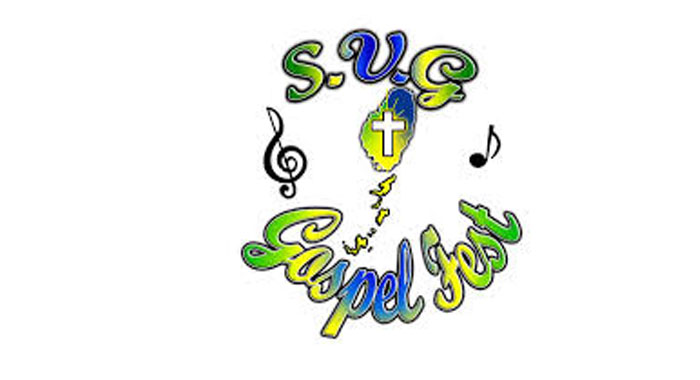 Last week Wednesday, April 24, I spent quite some time on the phone lobbying members of the National Gospel Fest Committee.  I was trying, in the first instance, to understand why a group of children had been disallowed participation in the national showcase on Sunday and then to persuade the committee to allow them.

However, the zonal adjudicators were, apparently, overruled by some members of the national committee.

They did not have enough microphones for 14 children singing a song accompanied by ringing hand bells, as part of a presentation that those who saw it at the zonal showcase said was unique and shouted their approval that it was “one for the park”.

Another reason the children were denied? Festival planner did not know in which category to place them. The children were entered in the junior showcase as a “choir”. “But were they a ‘band’?” the national committee, apparently mused.

“Here is something so new and different that it should be on the national stage, but it does not fit into any category in our 18-year-old festival. So stay out.”

Full disclosure: I am a member of the church that these children attend but I was not involved in their preparation for the event. These comments are mine; personally, I do not speak on behalf of anyone or any organisation. I also acted on my own in asking questions in an effort to avert what I saw as an injustice being done to these children.

The question I ask us to consider is: “How do you say to children ‘Your entry was exceptional. You deserve to be at the national showcase. However, because we don’t have enough microphones, you will not be allowed to minister there?’”

In the end and several hours later, the children were told that they would be allowed to minister at the national event.

As a Christian, I had, for years, been a strong opponent of Gospel Fest. In the early days, the awarding of medals, as I had predicted, led to much acrimony among participants in the event, many of whom stopped participating amidst accusations of cheating by the adjudicators.

One could harbour disapproving opinions about the intention of these disillusioned participants in the first place; however, there is something to be said about legitimate expectation within the context of how the festival was organised and marketed. The same obtains today.

My information is that some of the more “powerful” members of the committee are decided in their view (informed, apparently by their years of experience), that certain expressions, including choirs, solo dancers, and solo mimes “don’t make it at Park”.

These items, however, are on the national showcase every year. Consolation entries?

It might be helpful for organisers of the festival to educate such entrants about the downsides of such expressions in open air at the Victoria Park and how to address them.

After years of reservations and having eventually given Gospel Fest the benefit of the doubt, my interactions with the festival over the past two years have further cemented certain things in my mind:

Gospel Fest is no longer (if it ever was) about ministry. It is about performances/entertainment. In some cases, it seems like the more secular-looking and sounding, the better. A carnival for Christians?

Even as many churches and Christians who are inclined to participate in and support Gospel Fest are turned off by what it is or has become, all is not lost.  It is not too late.

The National Gospel Fest must make it clear (maybe again) what they are looking for. If they are organising a show to suit their own palates, they should simply say so.

If they do not want a certain type of entry, they should simply say so.

If they are organising a “soca monarch” show for Christians, they should say so.

They should not allow individuals and groups — especially children — to invest so much time in preparing for zonal showcases and an opportunity to minister to a national audience, only to be told, indirectly, “Your presentation was excellent, but our technical limitation does not allow us to showcase it at the national level. We are sorry.”

Do not include in your zonal showcase a category or type of expression that you know you are highly unlikely to allow to minister at Victoria Park. Did someone say choirs?

The selection criteria for each category must be clearly elaborated. In the case of a song, for example, allocate points, say, for effect (crowd response), vocal arrangements, musical arrangement, delivery, etc.

Many churches are struggling with attendance and keeping children and young people inside their doors.

In the presence of a technologically-advanced world, churches are trying their best to come up with new activities to engage children and youth.

In many instances, many of the young people who remain engaged do so because of parental pressure. They attend; they go through the motions, without having a real relationship with Christ.

What the Gospel Fest committee attempted to do to these children is contrary to the teachings of Christ and shameful.

A close friend of mine told me that I take Gospel Fest too seriously and that for many people it’s “just a lime”.

The actions of Gospel Fest organisers must be spoken about publicly because open rebuke is better than secret love. (Proverbs 27:5)

This is not what Christ meant when he said “suffer little children” (Matthew 19:14).

The Gospel Fest committee must look both inward and outward if it truly wants to produce a festival that is indeed, “A Glorious Celebration of the Gospel of Jesus Christ”.

While the children were allowed to minister at the national showcase, the group, the oldest member of which is 12, was scheduled to take the stage as the 20th of 24 presentations. The 20 presentations came after several other items, including the “formalities” – prayer, National Anthem, remarks, sermonette, etc.

After a conversation with the relevant persons, the children took to the stage at position number 4. By the time their original position came up, they were already home in bed.

(See below a video summary of the presentations in the national showcase last Sunday.)

One reply on “A Gospel Fest showcase farce”