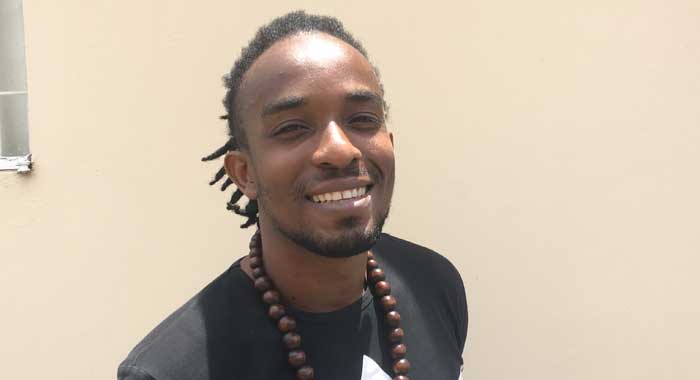 Vincentian singer “Dynamite” has acted in a commercial for Bacardi Limited, said to be the largest privately held, family-owned spirits company in the world.

The “Brave” singer is expected to return to St. Vincent on Friday after the one-week to the Central American country.

“This is a very big thing. It’s not just me; there are other artistes involved as well,” the 28-year-old artiste, whose real name of Joel Tyril told iWitness News before departing St. Vincent last week.

He said that in 2017-2018, Bacardi did a campaign with him and their film crew came to St. Vincent for the shoot.

“That was the major laser round of the campaign,” he said, adding, “I guess from that this stems because they always said that if any opportunity come they would’ve used me.”

The Lowmans Hill resident said that his career as an entertainer is “going good in a sense that I kinda free up in terms of my own studio and stuff like that.

“I set up my own studio so I have one hundred per cent creative control over the stuff that I do right now.”

The artiste recently released a song “Gully”, accompanied by a music video.

The song is produced by Mark Cyrus, who also did the hit song “Brave”.

“Growing up was rough and … because I am becoming successful, I just want people to know it doesn’t matter where you come from you could make something of yourself. That’s basically what that song is saying.”

He said the song can be taken literally in that sense.

“So the song ‘Gully’ is a song with meaning. It’s soca; it’s mixed with reggae and dance hall. It’s a fusion if you really take the time and listen the lyrics too, which I want young people to do and take the message from it.”

Dynamite has also released a song “Link up”, which was produced by Natasia “The Wizard” Hammond, the daughter of Jamaican singer Beres Hammond.

He is also releasing another track produced by her.

Dynamite was once a full time farmer but says he does it on a smaller scale because of his focus on his music.

“But I would encourage anybody to do it because it’s a great thing… It’s a good thing to meditate when you are farming, think about life in general, a lot of stuff. Especially young people, I will encourage them to do it,” he told iWitness News.