Flow’s internet up to 10x faster for free 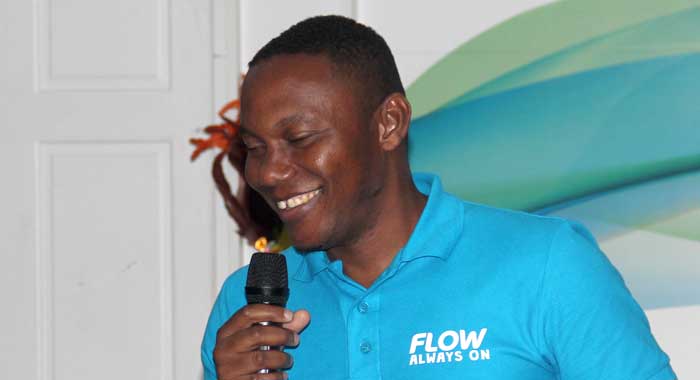 Telecommunications provider FLOW says that if its customers on its HFC network restart their modems they will realise that their internet speed has increased significantly, in some cases becoming 10 times faster.

Speaking at an event on Wednesday to announce the upgrade, Country Manager of Flow, Wayne Hull said that around November last year, his company did an upgrade of the minimum internet speed for a large number of customers, taking them from 2 Mbps per second download to 5 Mbps.

“And that was really well-received by all our customers at that point. And, more importantly, we did upgrade without even charging the customers an extra penny on their bills.”

Hull said the company’s investment and commitment to customers is unwavering and Flow has invested close to $10 million in less than a year on mobile and fixed line services.

“… We listened to their feedback and I am pleased to announce that effective from today, our customers will be upgraded to 10 times their speed. So it means that if you were on Turbo 5, you will now have Turbo 50. So 50 is the new minimum speed for internet service,” Hull said.

The company announced that it has further upgraded all customers from 5Mbs to 50Mbs at no additional cost.

Additionally, customers who are on higher-tier packages will also receive free upgrades to speeds ranging from 100Mbps to 300Mbps.

“That is definitely a radical change in the way we deliver internet service to St. Vincent and the biggest point to that, we are not charging the customer a single penny extra on their bill,” Hull said.

He said the speeds are available to customers on the HFC network, “which means the network on which you get your cable TV.”

He said the company is currently migrating remaining customers from DSL to HFC.

Wednesday’s event also launched the company’s “Always On” Carnival promotion, which Hull said aims to give customers as much value as possible once they are connected to the Flow network.

He said the “Always On” packages are heavily filled data plans and even cheaper than the company had two weeks ago, adding that a key feature is that it is unlimited on social media, including WhatsApp.

“But it also avoids giving the customer bill shock, meaning that once you subscribe to that plan, that’s all you pay for the plan so you no longer have your data or your credit being eaten up,” Hull said.