SVG’s democracy demands should extend to Venezuela — US envoy

St. Vincent is a vibrant democracy where the free press, civil society, opposition parties, everybody has a say and people go and vote and the government respects the vote. That’s all we are asking and expect for all the region.” 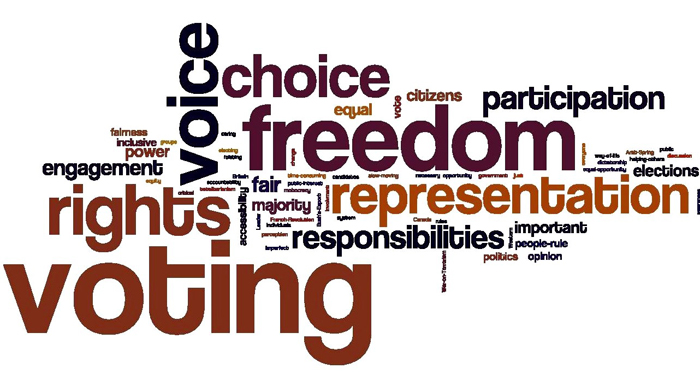 A senior United States diplomat in the Caribbean says St. Vincent and the Grenadines’ (SVG) demonstrated commitment to democracy, should extend to Venezuela.

“I think if anything, God forbid, were to happen in our region, in the Caribbean region, I know St. Vincent will be concerned for the welfare and democracy of its neighbours. I don’t see why you have to draw the line at the Trinidad strait between Trinidad and Venezuela,” Joaquin F. Monserrate, deputy chief of mission at the US Embassy in Barbados told iWitness News in Kingstown on Tuesday.

Monserrate reiterated Washington’s desire to see “a return of democracy in Venezuela”.

“I think they are Caribbean brethren, I think they deserve our support and Juan Guaido, how he came into power is exactly as the Chavez constitution allows: when a government elects itself by fraud, the national assembly, as the only democratically elected body declares the position invalid and select a temporary president, which is what has happened,” he said.

Guaido, the leader of Venezuela’s national assembly, has declared himself interim president, and more than 50 countries, including the United States, have recognised him as such.

“We would all love to see a democratic election in Venezuela where the true will of the people is manifested, whatever that will is, we are not predetermining that outcome, but we can’t, Vincentians, Americans, turn our back on our Caribbean brothers and sisters when they really don’t have fair access to determining what type of government they get,” Monserrate told iWitness News.

He was speaking during an interview on Thursday in which he was asked when might Washington review its decision to deny Vincentians the privilege of interview-waiver upon renewing their U.S. visas.

SVG, along with Dominica and Antigua and Barbuda, was snubbed when the U.S. Embassy in Bridgetown announced the policy change last September.

With the interview waiver, nationals of Grenada, Barbados, and St. Lucia do not have to travel to the US embassy in Bridgetown to renew their visa, thereby, saving non-residents of Barbados hundreds of dollars in travel cost.

Asked when a review of the visa interview waiver exemption would take place, the senior diplomat told iWitness News:

“I think it’s an open ended sort of review. There is no deadline, no calendar.  I think these things get reviewed over time. I don’t have any information about any changes in the current status.”

Asked if there is anything that Kingstown can do to bring about such a review, he said:

“I think that the original set of countries, when Washington made the decision, it was assessing a number of factors and I know one of the factors was the commitment of our closest partners to promoting democracy in the region.”

One of the “the biggest challenges” that the United States has in the region is Venezuela, where there is ongoing political and civil unrest amidst local, hemispheric and international efforts to oust president Nicolas Maduro, Monserrate told iWitness News.

“We have a big, big challenge in Nicaragua as well,” Monserrate said, adding, “We’ve always had a challenge in Cuba.”

He told iWitness News that Kingstown’s continued support for Maduro’s government was “one of the many factors” that led to Vincentians being denied visa interview waiver.

“… by no means the sole or only or exclusive factor, but I mean that was one of the factors that was taken into account,” Monserrate told iWitness News.

“So we continue to work with the government of St. Vincent to see if we can get it to join the majority of nations in the hemisphere and worldwide to be honest in really demanding a return to democracy in Venezuela.”

It was noted to Monserrate that Kingstown’s position is that the people of Venezuela, in open elections, voted for Maduro in Caracas.

“I think we have been calling attention from early on, from well before these elections took place, that Maduro had for himself disqualified every single candidate and, of course, as the sole candidate, he won.

“So, these really were not free elections; [they] were sham elections. I think the majority of the world and the hemisphere recognises them as such. You will see that the countries that don’t recognise it are not necessarily known for their stances on democracy.”

Monserrate, however, said that St. Vincent does not belong in that group.

Recent talks between Maduro and Guaido, in Norway, which were aimed at bringing an end to the impasse, failed.

Monserrate said Washington was not surprised by this outcome.

“Talks with Maduro have failed consistently. You don’t talk with someone who is robbing your house. You call the police,” he said.

Asked, who in this case, are the police, the US envoy said that the international community will have to come to the support of the people of Venezuela “as we have done in many instances”.

He said that not so long ago, the supreme court in Honduras removed the Central American nation’s president and, as a result, the entire hemisphere suspended Honduras from the Organisation of American States.

“Now, what was different about that case that is not different from this one is that the losing president in that one was a member of the ALBA community. So, I would like to ask for reflection and consistency.

Asked what is Washington’s position now that the talks held in Norway failed, Monserrate said that the United States never had much faith in the talks “because there have been at least five previous rounds of talks and everyone came out of the talks with the conclusion that Maduro was not serious in negotiating himself out of power.

“We would prefer if it could be a negotiated solution but we really have given up hope in the ability of talks and negotiations for him to leave that seat that does not belong with him.”

Asked what next, Monserrate said that Washington would “continue to support democracy”.

Told that he is just talking “diplomatic speak”, the envoy said, “Sometimes your hands are tied. Like St. Vincent, we think this should be solved in peace, we think a military outcome would not be the best way to find a way out of this impasse.

“We have had Cuba in the hemisphere for many years and it’s not a democratic country,” he said.

iWitness News noted that Cuba is a very stable country.

“You can have a country that is stable but not democratic. I mean, it all depends on what your values are. If you ask other countries, they would prefer stability, but St. Vincent, doesn’t belong to that tradition. St. Vincent is a vibrant democracy where the free press, civil society, opposition parties, everybody has a say and people go and vote and the government respects the vote.  That’s all we are asking and expect for all the region,” Monserrate told iWitness News.