“I don’t understand these men at all. You beat up the woman on the 20th of April and today is the 3rd of June, and, in your mind, she is still your girlfriend. How could that happen? Tell me.” — Senior Magistrate Rickie Burnett. 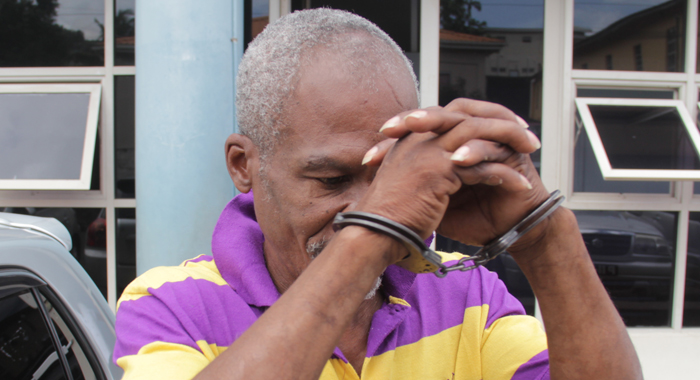 An abusive man who beat his common-law wife in Kingstown in April told the court on Monday that the relationship had not ended, although the woman said that was the case.

Senior Magistrate Rickie Burnett, who will sentence the man, Bertram Wright, 57, today (Tuesday), said that it is worrying to him that in the defendant’s mind, the relationship with Malina Charles, 53, has not ended.

On Monday, Burnett convicted Wright, who, like Charles, is from Lowmans Leeward, on a charge that he assaulted Charles in Kingstown on April 20, causing actual bodily harm.

The woman said that the man beat her after examining her vagina and accusing her of having had sex with another man.

Burnett adjourned the sentencing to today so that the prosecution could produce the man’s record.

On hearing that his sentencing will take place today, Wright told the court that it has been over five years that he had not made any trouble to go to prison.

“Well you are telling me that you went to jail already?” Burnett said.

“Yes, sir. More than one time, too,” Wright responded, saying that he has been jailed for marijuana and other offences.

Charles then told the court that Wright always told her that he would “make a jail for me” (go to prison because of her).

“Well, I don’t know, maybe that will happen,” the magistrate said.

During the trial, Charles told the court that the relationship ended on April 20, when Wright beat her in Kingstown, cuffing her in her face and causing bruises, resulting in a visit to the emergency room.

He added that it is worrying to him that, in Wright’s mind, he is still in a relationship with Charles.

“I don’t understand these men at all. You beat up the woman on the 20th of April and today is the 3rd of June, and, in your mind, she is still your girlfriend. How could that happen? Tell me,” the senior magistrate said.

Wright told the court that what happened between him and Charles was a “misunderstanding”.

The magistrate noted that Charles had told the court that Wright had been beating her throughout their three-year relationship, the second time they had been together.

Wright denied that he was abusive of the woman, but Charles maintained that this is true, adding that he has accused her of having been intimate with most of her co-workers.

“Well, there are some men like that. Some are like that; not all of them,” the magistrate said in the post-trial conversation with the couple.

“He never trusts me,” Charles told the court.

Burnett asked Charles when the distrust started and she said they were together before, then they broke up and Wright went to Leeward and she tried to give him a second chance when he returned.

She said the man used to come to her workplace and when the management told him he can’t do that, he would cuss them.

“In short, there is a term that we use in the country. He used to maco (stalk) you, then?” Burnett said.

The magistrate told the defendant that he was very disappointed in him.

“I believe you searched her, you know. You did exactly what she said. I believe that,” Burnett added.

“Yes. He did that,” Charles said, but Wright did not respond.

Asked what she would like the court to do with Wright, Charles said that he had told her that he would make a jail for her so he should be sent there to relax.