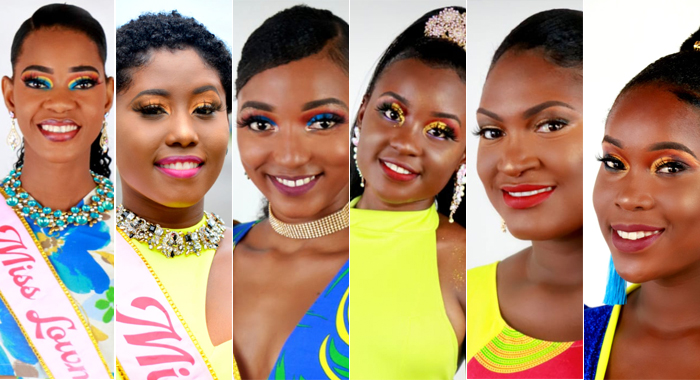 Miss Windward 2019 and Pan-Kai-Mas will take place this Friday, June 7, at the Chili Playing Field in Georgetown.

Born to Haron Johnson and Othniel Pope is Sabrina Johnson. In her community of Lowmans, Sabrina is known as a jovial and compassionate individual.

She grew up in a household with six siblings and has always been grateful for her large family. She began her educational journey at the Lowmans Primary School in

In her spare time, she enjoys playing with her teammates competing in local netball events, socialising and making lifelong memories with her peers and siblings. Sabrina looks up to her mother and attributes most of her confidence and success to her.

Sabrina lives by the quote “ You attract what you are, not what you want, so if you want great then be great” and believes that with a positive mind set and unwavering attitude, anything can be achieved.

Sabrina hopes to become a teacher so that she may not only use her knowledge and teaching skills to educate, but to also motivate and encourage the younger generation to make a change within their community.

Ronique Rolene Cain was born on Sept. 4, 1998. She considers herself to be a responsible, dedicated, patient and charismatic person. She values her relationship with her family, especially her sister who has always been there for her.

She successfully completed her secondary education at the North Union Secondary

School where she gained passes in eight O’Levels. Ronique also attended the SVG Community College, Division of Technical and Vocational Education where she obtained an Associate’s Degree in Hospitality and tourism management. Ronique is keen on making a difference in the tourism industry in SVG; she aspires to be a hotel manager where she will be able to ensure that guests to the island enjoy their stay and return in the future.

Ronique hopes that by entering the Miss Windward pageant, she can show women that all scars are beautiful and they can achieve anything they put their minds to, once they are committed and dedicated.

On Oct. 9, 1998, Pallavi Browne was born in St. Vincent and the Grenadines (SVG) and was raised in the community of Georgetown. In 2015, she enrolled at the SVGs Community College: Division of Arts, Sciences and General Studies; she pursued studies in Law, History and Sociology.

West Indies, Mona Campus and hopes to be an ambassador or a diplomat in the near

Pallavi is a feminist who believes in the social, political and economic equality of both sexes. In her spare time, you can find her indulging in dancing, fashion and modelling.

She credits the institutions: the Langley Park Primary and Thomas Saunders Secondary

school and the SVG Girl Guides Association for teaching her the importance of striving for excellence, the true power of loyalty and perseverance and considering others in times of need, especially when facing the challenges of adversity.

She believes in the philosophy, “Do not fear failure but rather fear not trying”. Her natural talent, coupled with her involvement in Girl Guides and strong support system by her family has moulded her into the young woman that she is today.

Kevenique was born on Dec. 7, 1997; she grew up in the community of Byera and lives in Cedars. Her hobbies include singing and dancing and she also enjoys reading and listening to various genres of music.

She is a former student of the Girls’ High School. Kevenique obtained 10 CSEC passes and later continued her studies at the SVG Community College. Kevenique aspires to become a flight attendant and will be enrolling in a travel and tourism/hospitality programme.

Kevenique views this pageant as learning experience and hopes to take the lessons learnt along with her on this journey, which will contribute to her development.

Kevenique’s favourite quote is, “Let go and let God”, as she believes God should be put in the centre of everything and He will make all things possible.

Zanel Segourney Cumberbatch was born on Aug. 17, 1996 to La-fleur Cumberbatch and Mark Horne. She grew up in the small community of Chauncey and later relocated to Diamond. Zanel attended the Barrouallie Secondary School and later the SVG Community College, Division of Technical and Vocational Education.

Being the eldest of three siblings, Zanel was assigned many different tasks, such as taking care of her younger siblings. Zanel is a very even-tempered person. She enjoys being around friends, meeting new people and learning new things. In the future she wishes to be a guidance counsellor, especially for young girls.

Eighteen-year-old Ishanna Phillips is from the beautiful, peaceful and small community of New Grounds. She is a past student of the New Grounds Primary and North Union Secondary Schools respectively. She is currently completing studies in entrepreneurship and small business management at the SVG Community College, Division of Technical and Vocational Education.

Ishanna reflects a varied personality, which include ambition, generosity and thoughtfulness. She is a very determined individual, someone who does not give up easily, yet pleasantly calm. Ishanna is one who believes that it is important to fight for what you desire and believe in, because with God all things are possible.

Ishanna is motivated and strives to become an outstanding and successful woman in today’s society. She chose the field of entrepreneurship and small business management because she hopes to become a successful business owner in the future, whether to provide a service or to introduce new products, which will benefit our society.

Apart from the above, Ishanna enjoys dancing, singing, acting, speaking in British accent and most importantly spending time with loved ones.