The judge said it might well be that after the investigations are complete that additional charges could be filed. 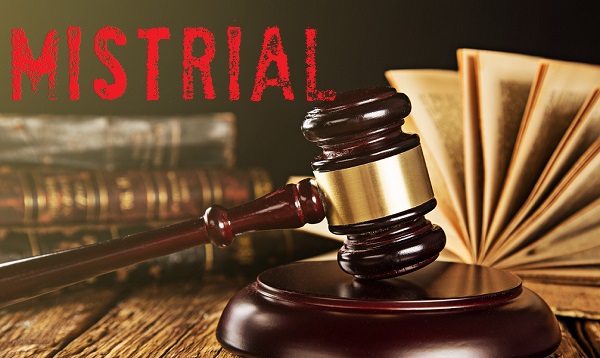 A mistrial was declared at the High Court on Thursday after a juror asked to be relieved of her duties.

The juror told the court that she had no issue with executing her civil duty until she arrived at work on Thursday.

She said that on arriving at work, a co-worker told her that the accused man had said that he knows the juror in the case.

The juror told the court she did not know was discussed between the accused and her co-worker, adding that the co-worker indicated that she and the accused are good friends.

Justice Brian Cottle, who was presiding over the trial, noted that St. Vincent is a small place and it is almost impossible to empanel a jury in which the jurors don’t know the accused or someone close to the accused.

He told the juror that if she is convinced that she can decide the case based only on the evidence and not feel troubled or threatened by anything else, he would be in a position to continue the case.

The judge, however, told the juror that if she doesn’t feel that she can do that, he would have no choice but to discontinue the case.

The juror said she was not comfortable continuing on the panel.

In response, Crown Counsel Karim Nelson, who was the prosecutor in the case, said he had done some research and was comfortable with the juror continuing.

However, the judge gave the prosecutor a “cautionary tale”, telling him that many years ago, when he (the judge) was a prosecutor, there was a case where he and the defence counsel agreed that one of the jurors was, in fact, incapable of continuing.

They also agreed that the matter could continue with the remaining jurors — minus the one.

He said he went home, thinking that they had followed the legislation and all was fine.

Justice Cottle said that the next day, when he returned to court, the defence counsel said he had changed his mind and while he was not agreeing, he was also not objecting.

He said the matter continued and the jury found the accused guilty.

“The Court of Appeal was not amused,” Justice Cottle said.

Nelson then said he was guided.

The judge then recalled the remaining jurors.

The defence counsel in the current case told the court that being mindful of what the repercussion could be, he would err on the side of caution.

The judge told the prosecution that the Office of the Director of Public Prosecution would no doubt liaise with the police, who would investigate the matter.

He said that, to his mind, there were suggestions of improper approach of an empanelled juror, which he said is a very serious offence.

He said it might well be that after the investigations are complete that additional charges could be filed.

The judge then told the accused man that given the manner in which the matter has developed, he would discharge the jury and declare a mistrial.

He said that the prosecution would then determine when next he would be tried.

With bail having expired, the accused man’s counsel would have to make a new application in the matter.

Four of six witnesses had already testified in the matter when the issue arose.