“I think that ECCA (Eastern Caribbean Civil Aviation Authority) is a huge impediment to the involvement of the private sector.” — Chastanet 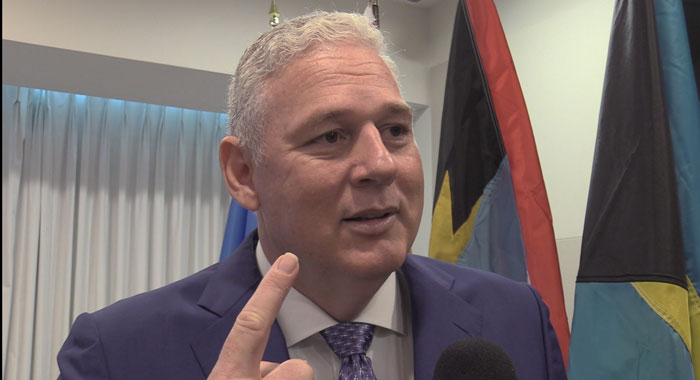 “I think that we need to liberalise our aviation in this region. I think that ECCA (Eastern Caribbean Civil Aviation Authority) is a huge impediment to the involvement of the private sector,” he told the Caribbean Media Corporation (CMC).

Chastanet, the incoming chairman of the 15-member CARICOM grouping noted that Bahamas, with a population of 370,000 and 25 Bahamian airlines, eight charter cargo companies, has one regulatory body.

“Here in the Eastern Caribbean a population of 750,000 –and if you include Barbados, a million people — we have one carrier, two charter companies and two helicopter companies. So there’s a structural problem that’s been an impediment to the private sector getting involved.

“We as governments don’t have enough money to invest in what we need. We obviously have shown over the years of LIAT and BWIA, governments aren’t very good managers of state-run airlines and we have got to let the market make that dictation.”

Chastanet said it is amazing to him that “the cost of airfares to fly and no private sector company has step up to the plate.

“So it just tells you the structural problems we have in this region. So I would like us to start by continuing to integration our region from aviation. I would have liked that we can create one single aviation authority.

Chastanet says Central America, which has a larger population, has one regulatory agency.

“These are some of the structural impediments that we have the authority and ability to solve and until we take those positions, I don’t think we will know the true state of the industry,” said Chastanet, who continues to insist that St. Lucia would not be part of the cash-strapped regional airline LIAT.

Meanwhile, Antigua and Barbuda Prime Minister, Gaston Browne, who is urging regional leaders to participate in LIAT, said while the matter is not on the agenda for the current CARICOM meeting here, he is hoping to have discussions on the issue.

“LIAT is really not an issue for this forum, but at the same time I am sure we will have some discussions on the margins of this meeting as we seek to broaden the ownership of LIAT.

“We are looking at the model of shared benefits and in order to have that it is important for all of the countries that LIAT serves come on board and I am hoping that even those who may be opposed to reconsider their position.”

Browne said it is important for the region to understand that “LIAT is important to regional connectivity and in itself it is a Caribbean institution and one that requires the support of all the governments just as any other institution within the region.

“It is part of the integration movement and should be treated as such,” said Browne, whose government is seeking to acquire the majority of the shares owned y Barbados in the debt-ridden airline.

LIAT principal shareholders are the governments of Antigua and Barbuda, Barbados, Dominica, Grenada and St. Vincent and the Grenadines.