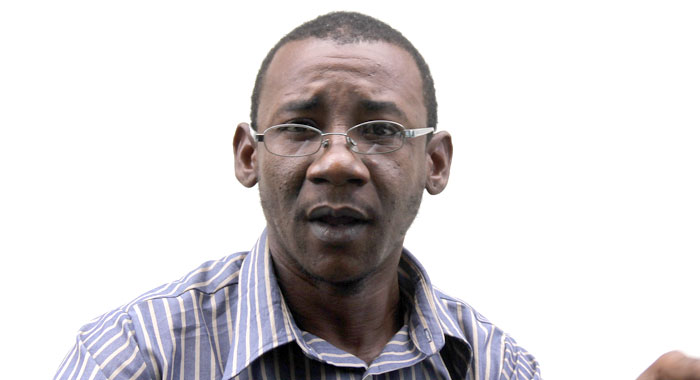 The former credit union employee who stole EC$44,265 of members’ money over a three-month period has been jailed for his crime and must repay the amount or spend more time behind bars.

On Friday, in Kingstown, High Court judge, Justice Brian Cottle sentenced Victor Lennox Mitchell, 36, of Canouan, to two years and eight months in jail on each of the 40 counts of the indictment.

However, as the sentences will run concurrently and Mitchell was on remand for one year and seven months, Mitchell will only spend a further one year and one month in jail.

But, if he wants to avoid an additional year behind bars, Mitchell must compensate the Kingstown Co-operative Credit Union (KCCU) in the sum of EC$44,265 within six months.

On June 6, Mitchell pleaded guilty to 20 counts of forgery and 20 ancillary counts of making a false instrument, to wit KCCU withdrawal slips.

He committed the crimes between July 12 and Oct. 10, 2017, in Canouan, using the false instruments to withdraw money from members’ accounts, at the Canouan branch of KCCU.

At the sentencing hearing on Friday, Justice Cottle noted that Canouan is “a small, intimate community”, where the credit union members knew Mitchell well and sometimes entrusted funds to him to deposit in their accounts.

A few of them noticed discrepancies in their accounts and reported them to the union, triggering the investigation that led to Mitchell.

Mitchell was first employed as a security guard and later as a cashier at the credit union.

Justice Cottle said that Mitchell’s crimes were serious, noting that the maximum penalty for forgery is 10 years in prison, the same as for making a false instrument.

He, however, used a starting point of four years to reflect the fact that Mitchell had taken advantage of very vulnerable members of a small community.

The judge said Mitchell’s was “a planned, protracted campaign that involved the abuse of trust”.

Other aggravating features were that Mitchell abused the confidence of members of the credit union – “his neighbours, his friends” and had carefully targeted the most vulnerable.

The losses were significant and, in cases, the members could not access their funds while the investigation was being conducted.

The social inquiry report suggested that Mitchell had wasted some of the stolen money on parties with his friends.

Justice Cottle pointed out that Mitchell committed his crimes in a community where financial services are limited, adding that it was against this background that the defendant had managed to compromise the integrity of the credit union.
Regarding the mitigating facts, the judge noted the man’s age as well as the fact that he had no previous convictions. He pointed out that Mitchell had admitted to his crime at the earliest opportunity and had expressed remorse and a willingness to compensate his victims.

Mitchell was also viewed as a good candidate for rehabilitation.

Justice Cottle said another issue was to determine whether his sentences should run concurrently or consecutively.

He said the general principle is that concurrent sentences should be imposed in such a case, in light of the distinct acts of dishonestly.

He, however, said that the court must also consider the totality principles, adding that 40 consecutive sentences would result in a total term of imprisonment disproportionate to Mitchell’s criminality.

The judge added two years to the notional four-year sentence on each count to reflect the aggravating features of the case.

He reduced the sentence by two years in light of the fact that Mitchell hitherto had a clean record and had expressed remorse for his crimes.

The one-third discount for the guilty plea was applied, bringing the sentence down to two years and eight months on each count.

‘I am not a perfect guy’

Mitchell, who did not have a lawyer, had earlier told the court that when his crimes first came to light, he “voluntarily admitted” to everything and expressed his regret to his former employer “on behalf of the members”.

He said he sought the advice of the investigating officer, saying that before the investigators came, he had already prepared a statement.

“I cooperated with them fully,” Mitchell said, telling the court that he gave the investigators all the information they needed and expressed sorrow for what he had done.

The man asked for the opportunity to reimburse his victims, telling the court, “with all due respect, I know this is a very serious case” and that he knows that he has hurt people.

Mitchell said that, at the Serious Offences Court, where the preliminary inquiry was held, he told Chief Magistrate Rechanne Browne that he did not want to waste the court’s time because he had intended to plead guilty to the charges.

He said he had wanted to write a letter of apology to each member that he had wronged but the investigator had said it was better to wait until the matter was disposed of before the court.

Mitchell said that he wants to “render unto Caesar what is Caesar’s”, adding that during his incarceration he had reflected on what he had done and sought help and asked God to forgive him.

He said he wanted to seek the forgiveness of the members of the credit union, adding that he knows this would take some time.

He said he was looking for an opportunity to help the people to get back their money, saying that if given the opportunity, he can do it.

Mitchell told the court hat his family was willing to help him to repay the members, adding that he knows the most difficult part is the abuse of trust of the members of the credit union by a former employee.

“But everyone makes mistakes. I am not a perfect guy… I want to ease the hurt,” he said.