Man charged with exposing penis to girl, threatening another 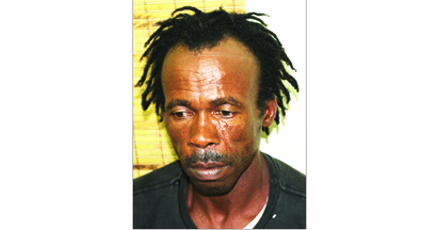 A Troumaca man will be tried on Friday on separate charges of exposing his penis to a 10-year-old girl and threatening a 9-year-old girl in the North Leeward village last year.

Degrick DeBique, 48, pleaded guilty to both charges when he appeared before Senior Magistrate Rickie Burnett at the Kingstown Magistrate’s Court on Tuesday.

However, after the magistrate heard the man’s explanation, he rejected the pleas, choosing to conduct a trial instead.

“Why change the plea, my honour?” DeBique said, triggering an explanation from the court that a trial is necessary because he claimed her did not purposely expose his genitalia to the child.

DeBique is charged that on Sept. 1, 2018, at Troumaca, he wilfully exposed himself, to wit, his penis to the 10-year-old girl.

Both girls are primary school students.

Burnett granted DeBique bail in the sum of EC$1,000 surety and ordered him to return to court on Friday for trial.

However, DeBique said that he has no one to bail him, and asked to be given bail in his own recognisance.

The magistrate, however, rejected the man’s application.

After DeBique exited the dock and returned to one of the seats reserved for prisoners, he grimaced and remarked “Alyo dotish (doltish) a**,” as the female guardian of one of the complainants exited the other dock.

A police officer who had noticed what had happened, summoned DeBique, whose grimace immediately turned to a smile as the police officer held him firmly by the arm and escorted him out of the courtroom.

They both returned shortly after with DeBique’s smile still intact.

2 replies on “Man charged with exposing penis to girl, threatening another”