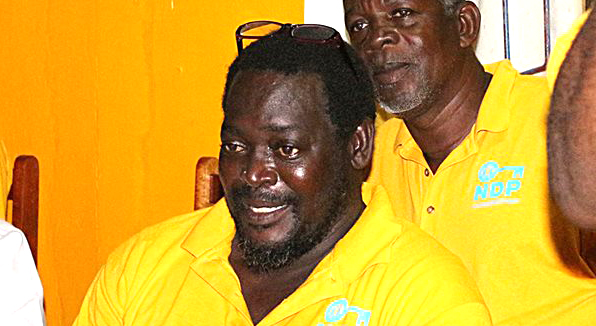 Amidst suggestions by the government that Secondary school education will become available in Canouan by September, this year’s primary school leavers there have all been assigned to secondary schools elsewhere in St. Vincent and the Grenadines.

Terrance Ollivierre, Member of Parliament for the Southern Grenadines, where Canouan is located, made the disclosure on radio on Tuesday.

“This issue is agonizing,” he said on his New Democratic Party’s daytime programme on NICE Radio on Tuesday.

“It reach to the point where not only parents but kids, CPEA kids who have their results have to be out protesting, trying to gain some sort of equality when it comes to access to secondary education,” he said.

Residents of the island took to the picket line last month demanding that the government stick to its commit to provide secondary education on the island by the next school year, which begins in September.

“The kids had to join their parents in order to show that the matter is serious, very serious for them,” Ollivierre said, adding, “it takes into account their future”.

The opposition lawmaker said that the future of children on Canouan could depend on whether secondary education will be offered on the island.

“All the children were placed in schools on mainland or in other islands of the Grenadines, which means, again, that the students have to leave Canouan,” he said.

Ollivierre said the Ralph Gonsalves government has forfeited its promise to Canouan and parents now have to come up with EC$800 to $1,000 a month so that their child could access secondary education.

“Imagine if you have two or three children going to secondary school. And some of the parents not even working for that,” he said.

He said parents have complained about not having accommodation outside of Canouan for their children,

“… one mother said and others have said, we tried before, we send them, some drop out at form one, some at form 2 and some at form 3,” he told listeners.

Speaking on radio last week, Prime Minister Ralph Gonsalves noted the agitations in Canouan recently. He said the developers, who are building the school, have assured that they are on target for a September 2019 completion.