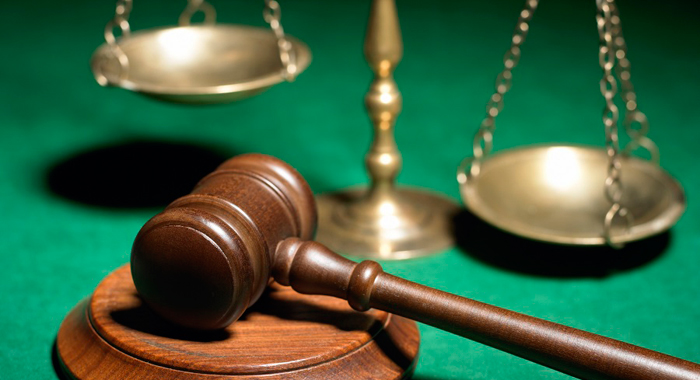 The National Prosecution Service (NPS) will be launched on Wednesday at 9 a.m. at the House of Assembly chambers, in Kingstown, under the theme “S.P.E.A.K. U.P. — It can be YOU!”.

The Office of the Director of Public Prosecutions (ODPP) says the theme is geared towards witness empowerment.

The theme entails the acronym “S.P.E.A.K. U.P.” which is meant to encourage witnesses to “Share Personal Encounters and Accurate Knowledge – Unleash Power”.

“A short film dubbed ‘Speak UP’ will also debut at this event and there will also be other reveals including the launch of a new publication — the Witness Code. It promises to be a very engaging ceremony as we spotlight the work of this very fundamental national institution,” the office said.

The launch of the NPS as the new face of the ODPP reflects the enhancements in programmes, policies, protocols and principles that have taken effect over the last decade and projects that will futuristically transform the organisation, a press statement said.

Before 2015, prosecutors at Magistrates’ Courts were generally assigned by the high command of the Royal St. Vincent and the Grenadines Police Force.

The assignment of the first summary court prosecutors as part of the NPS was forged through the alliance of the then Commissioner of Police, Reynold Hadaway and then DPP, Colin Williams, who is now a justice of the High Court of Belize.

A memorandum of understanding exists between Commissioner of Police Colin John — a former prosecutor — and acting DPP, Sejilla Mc Dowall to continue the assignment and integration of police officers as support prosecutorial staff of the NPS.

Apart from support prosecutorial staff, other police officers have joined the team at the NPS on attachment to perform various duties.

The ODPP said it intends, through the launch of NPS, “to demystify the functions of the ODPP and to sensitise broadly about how the Office of the Director of Public Prosecutions has evolved into a National Prosecution Service”.

Meanwhile, the NPS will host the two-day biennial Criminal Justice Stakeholders Conference, ALRIGHT 2019 on July 25 and 26.

ALRIGHT is the acronym for “Applying Lawful Responses to Intercepting Gangsters Hustlers and Transgressors”.

There will also be presentations on judge only vs. jury trials, inter-agency cooperation and evidence gathering.

The conference concludes with a panel discussion that invites recommendations from facilitators and participants on how to improve the Criminal Justice System of St. Vincent and the Grenadines.

One reply on “National Prosecution Service launch on Wednesday”