Canouan Secondary School on the way 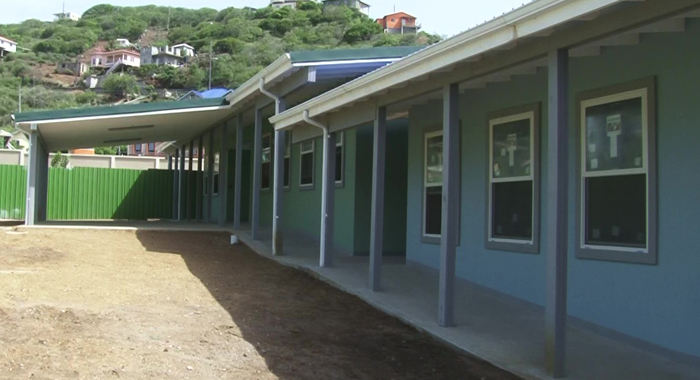 First formers in Canouan are set to begin their secondary school education on the southern Grenadine island come September 2019.

This has been confirmed by Prime Minister Ralph Gonsalves, who along with Minister of Education, St. Clair Jimmy Prince visited the education complex on Tuesday.

Classroom instructions for the secondary school students will begin in a temporary facility, which will also be shared by primary school students. This building will house one classroom, a science laboratory (lab), and IT lab, a library, and, among other things, a staff room.  Construction on the official secondary school will be carried out by Canouan Resorts Development company. It is expected to be completed soon.

Gonsalves said what is happening in Canouan with the creation of the secondary school is part of the overall vision for education and the economy.

“When I spoke a few weeks ago and said to the people of Canouan, don’t worry you are going to have it I know the naysayers and those only concerned with the negatives but I am not a lamentations man,” Gonsalves said.

In refuting claims that the Southern Grenadines is at a disadvantage when it comes to the sciences, the prime minister said Union Island Secondary School teaches all the sciences, including physics, and there are schools on St. Vincent that don’t teach physics.

“So when it is said that the Southern Grenadines are disadvantaged that is the language of those interested in political mischief. More and more the sciences are expanded because the focus of the government is on STEAM (Science Technology Engineering Arts and Maths). That is the focus.

Gonsalves said this is the case because if the economy has to be transformed which is being done at the moment, one of the big cross cutting issues is the education revolution.

Meanwhile, Prince said the people of Canouan have been asking for a secondary school for years but the main concern had always been whether it would be sustainable with respect to the number of students and other related issues.

“Last year I said in Parliament that we will have a secondary school in Canouan by September of this year. I had given the commitment and had said we would have the school whether or not the developers completed the building on time.”

He said the building for the school is not finished however, government is moving ahead with creating the secondary school.

He said two rooms in their new facility had been isolated for this purpose. He said it would be like any other secondary school in the country.

However, because it is a small island there will be some unique features, for instance the setting will be different with primary students around.

This will bring the number of secondary schools in St. Vincent and the Grenadines to 27.

Resident Terry Bynoe expressed his happiness for the project saying, “I have always embraced this project since it came on stream. I have stood by it and I am very very happy.”

The newly created secondary school is expected to start with a staff of five teachers.

2 replies on “Canouan Secondary School on the way”