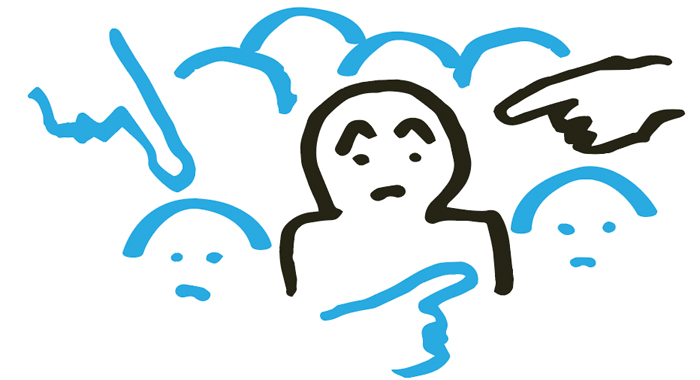 The company whose protest resulted in Caribbean Development Bank (CDB) rescinding financing for a government project in St. Vincent and the Grenadines is defending the Tenders Board, even as they say that the company to which the contract was awarded did not qualify for the job.

“I do not think we should blame the Tenders Board, I think that the Tenders Board, in my opinion, has been doing a wonderful job. I don’t know who the members are and it should not really matter,” said Cameron Balcombe, managing director of Bally and Bally Investments Ltd.

Balcombe’s firm had complained to the CDB about the award of a contract for river defence to Reliable Construction Services Ltd.

The complaint triggered an investigation by the CDB, at the end of which the Barbados-based bank declared misprocurement, rescinded the financing and order the government to repay the amount disbursed — some EC$142,000 of the $1,421,567 contract.

Prime Minister Ralph Gonsalves has spoken out in defence of the Tenders Board, noting that the CDB representative had given a letter of no objection to the contract being awarded to Reliable Construction.

Meanwhile in a statement on Monday, issued via the Office of the Prime Minister as part of a statement including comments by Gonsalves, chair of the Tenders Board, Edmond Jackson, pointed out that “a misprocurement does not amount to corruption”.

“Indeed, there is absolutely no allegation of corruption, fraud, impropriety or misbehavior in public office by any official in the Government of St. Vincent and the Grenadines or elsewhere,” said Jackson, who is also Director General, Finance and Planning.

Jackson said the CDB’s review indicates essentially that “the conditionalities and rules were not scrupulously applied, thus leading to its holding of unfairness in the process of competitive bidding”.

He pointed out that the value of the current misprocurement represents a very small percentage of the total procurements undertaken by the Government with CDB.

This, Jackson said, “in no way characterizes the state of the Government’s procurement system.

“Public procurement has always been conducted with the utmost transparency. In excess of 80 per cent of Government’s procurements are conducted using the Open Competitive method. Quarterly and Annual Procurement Reports are published in the print media and on the Government’s website, showing the name of the contractor, the value and nature of the procurement and the procurement method used. Further, a modern Public Procurement Act was passed in the Parliament in December 2018.”

He said the tendering process of the Government of SVG “is an independent one and is not subject to any political or other undue interference.

“The Tenders Board carries out its obligations with due regard to professionalism, transparency, accountability, and the legal requisites of the process to the best of its ability.  Both the tendering process and the work of the Tenders Board have a sound record”.

The non-public servants are appointed by Cabinet.

And, speaking on Jerry S. George’s “Early in the Morning”, which is broadcast on Facebook Live, Balcombe placed the blame squarely at the feet of the actors that supply the information to the Tenders Board.

He noted that the prime minister had said that the CDB gave a letter of no objection to the contract being awarded to Reliable Construction.

Balcombe, however, said this is “a routine thing”.

Meanwhile, Balcombe’s wife and business partner Ronnia Durham-Balcombe, a lawyer, speaking on the same programme, said the job of the consultants is to evaluate the contracts.

She said that when the contractor submits the bid, if it is within budget, the Tenders Board “rubber stamps it and the bid goes in”.

“The root of the problem is in the evaluation process, not in the award process,” she said.

5 replies on “Don’t blame the Tenders Board — disgruntled contractor”